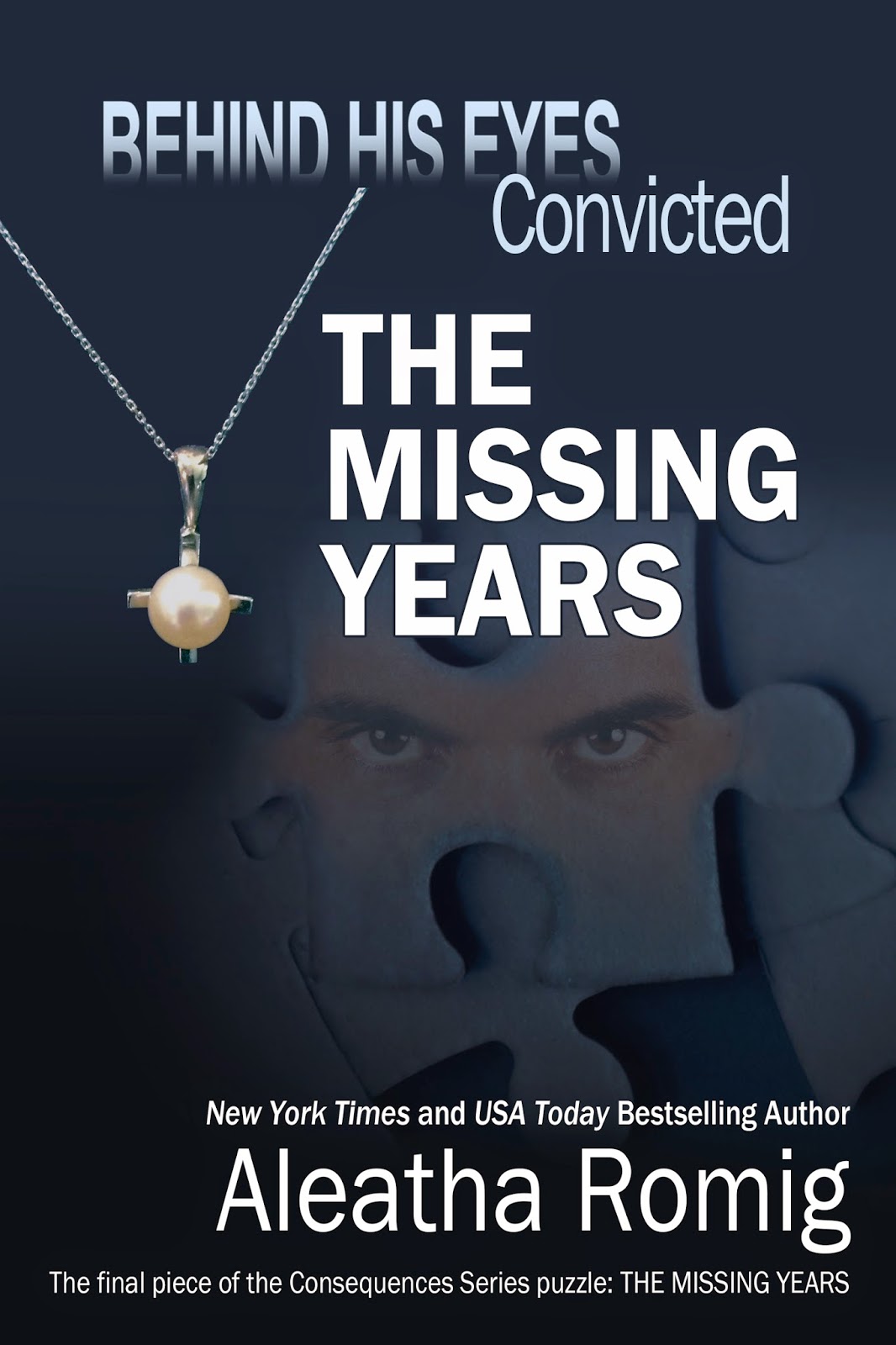 THE MISSING YEARS is the final piece to Aleatha Romig’s CONSEQUENCES SERIES puzzle. Follow the twists and turns as secrets are revealed, consequences are delivered, and the future is shown.
In CONVICTED we saw what happened that fateful afternoon at the Rawlings Estate. Now experience the shocking repercussions firsthand. More than a companion, this full-length novel fills in the gap of time that was only mentioned, beginning when Claire Nichols forgets and seen through the eyes of collective men (the HIS is plural).
In THE MISSING YEARS, readers will see Anthony Rawlings fight for what belongs to him and cope with the reality of his past. Watch as Harrison Baldwin discovers the truth that threatens his beliefs, and as John Vandersol comes to terms with his revelations. Witness Phillip Roach, as he decides with whom his loyalties lay, and Brent Simmons, as he demonstrates the meaning of friendship—no matter the cost.
As the pieces of the puzzle fall into place, BEHIND HIS EYES CONVICTED goes beyond. This final installment of the series offers a glimpse into the future of the lives that will forever be changed because there was a man who...
Once upon a time, signed a napkin that he knew was a contract. As an esteemed businessman, he forgot one very important rule—he forgot to read the fine print. It wasn’t an acquisition to own another person as he’d previously assumed. It was an agreement to acquire a soul.

Join the Facebook event! Plus we will be having a live video event during the event where you can ask all of your questions! It's going to be a ton of fun, you don't want to miss out!

Aleatha Romig is a New York Times and USA Today best selling author, who has been voted #1 "New Author to Read" on Goodreads July 2012 - Present!
She has lived most of her life in Indiana, growing-up in Mishawaka, graduating from Indiana University, and currently living south of Indianapolis. Together with her high-school sweetheart and husband of twenty six years, they've raised three children. Before she became a full-time author, she worked days as a dental hygienist and spent her nights writing. Now, when she's not imagining mind-blowing twists and turns, she likes to spend her time with her family and friends. Her pastimes include exercising, reading and creating heros/ anti-heros who haunt your dreams!
Aleatha enjoys traveling, especially when there is a beach involved. In 2011 she had the opportunity to visit Sydney, Australia to visit her daughter studying at the University of Wollongong. Her dream is to travel to places in her novels and around the world.