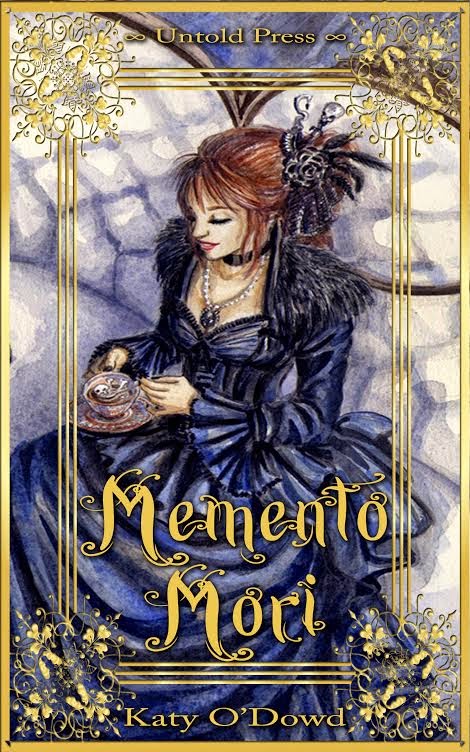 Revenge is a dish best served cold. At the Lamb residence, it is also served on fine bone china.
The untimely demise of Thaddeus Lamb leaves his son Riley in charge of the vast Lamb empire, which imports tea, picks pockets, extorts, and keeps men warm on cold winter's nights. And so the Lambs grieve for their father in the best way they know how… Retribution.
Hired by the new head of the Fox Family, a position recently vacated by another untimely demise, the assassin O'Murtagh is tasked with the utter destruction of all the Lamb Family's business associates. They learn the hard way that there is no better hit man than a beautiful woman with tricks and weapons up her finely coiffed sleeves.
Treachery and deceit abound in the streets of London, and no one is safe. Honestly, it's enough to make anyone drink. Would you care for one lump or two?

Carmine Fox took an orange in her gloved hand and turned it over, this way and that, examining the pitted skin and running a finger along the bumps and grooves in the fruit.

In an alcove, the huge Brass Lady statue gleamed, her beautiful features painted buttery gold, eyes looking blindly at nothing at all.

Carmine's dress swept the floor, not a mourning dress as you might expect, having lost her father, but rather dove grey and lavender picked out with black trim along the panel, cuffs, hem, and bustle. Her hair, long and coiled, was the color of Grip's wings, as were her eyes. The muted tones of her dress made her sallow, or maybe it was just the lack of light.

Years of water and living things within the man-made lake had given the huge cathedral style glass ceiling and everything beneath a greenish hue and made the walls bleed rust.

She looked up from her study of the orange and threw it across the room, faster than the eye could see.

The woman standing in the shadows caught the orange, her arm shooting up to stop the fruit, as it nestled in her palm.

O'Murtagh stood silently before Carmine Fox who walked toward her, the secateurs dangling lazily from her hand.

Fox peered at her intently, taking in the pale face and brown eyes framed with a veil of auburn hair.

"Well, quiet suits my needs. Feel free to eat the orange, which will be sweet and ripe. Ah, but how could such a thing grow here you wonder?" She paused. "It didn't, of course, there is a vast orangery in the house, but I like to be here to prune, the setting eases my mind."

O'Murtagh made no move to peel the fruit; instead she put it in one of the many pockets of her skirts.

Carmine Fox shrugged. "No matter. When you come to eat the orange, you will find it as I say. But now, we have other matters to discuss."

She walked back to the table where the plants stood and put the secateurs down.

"You have come highly recommended." Her heel tapped on the black and white tiled floor. "I have been told of your merits, misdeeds, and probably know more about you than your own mother, whom I believe has been dead a long time. But that doesn't interest me, your skills do."

"This is not a pretty tale, but then I suppose these things never are." Fox sighed and smiled, pacing the room, warming to her tale and the task ahead.

"Tell me, O'Murtagh. Do you believe in an eye for an eye and a tooth for a tooth?" Fox waved her hand airily. "We are not here to talk about the philosophy of doddery old men falling asleep and drooling into their beards. I mean vengeance, retribution. Honor, even if it is only the kind to be found among thieves."

Fox stopped pacing, abruptly, and O'Murtagh could feel the heightened tension in the room under the still water.

"There is no need for you to know everything, but know this," Carmine resumed talking and walking, "I am not sorry that my father is dead. Vile man. He made my mother's life a misery. Drove her to her death. I had this statue of her made. You know, I talk to her as I prune." She gazed fondly at the Brass Lady.

"But he didn't do this alone. No. Rather he was fuelled by his once great friend turned great enemy. Interesting that they should have died in the same week, is it not? Thaddeus Lamb and my father climbed the tree to the gold at the top, from ragged boys to prosperous men, branch by branch to the prize at the end. Suffice to say there was a falling out and my father the Fox did everything in his power to bring the traitor Lamb down."

Carmine went to the Brass Lady, and standing on tiptoe, ran her hand down the statue's cold cheek.

"My mother would have hated to see this. Hated to see what he made me. But my father not only left me his riches, he left me his hatred. After my mother died, all I heard of was how he was going to get his revenge. Now that he is no longer here, it is up to me to see this thing through. You do understand, don't you?"

O'Murtagh's voice was so quiet that Carmine Fox wasn't sure she had heard her in the first place.

"I suppose you do, why would you be in your line of work otherwise?"

The assassin kept her brown gaze on the woman who had hired her, but held her tongue.

"Very well. Your job then, is to take the family down. Not directly, but by hitting them where they will hurt the most. Trade routes, business associates, and so on. My father left a diary full of any information you should need. I shall release the names of four people to you when the time is right. None of this shall be traced back to me, and if you should fail, I will make your life one long misery."

"Good. So," Carmine Fox rubbed her hands together, almost gleefully, "Thaddeus Lamb, the Head of the Family is out of our way. I have been told that other factions are gathering like vultures over the rotting corpse of what remains and that the Lambs–when they are able to act–will find other matters to occupy their time. Such as a nasty little turf war. At which point we shall have progressed to a point where we will be able to muzzle them entirely."

She laughed, and O'Murtagh, seasoned as she was, felt the small hairs on her arms raise and her skin became as pitted as that of the orange in her pocket.

Fox pirouetted, her skirts spreading out and then settling.

"None of it shall ever be traced back to me," she delighted in her glee, before quietening. "Then I can get straight to the heart of things."

O'Murtagh's place was not to ask. She was being paid handsomely and had more time than she cared for to do these jobs. Nor was she squeamish, her body-count was impressive. Though she stopped short at children, babies, and pregnant women.

"Now, my dear." Fox clapped her hands together. "Time for tea. Would you care to accompany me back to the house?"

Memento Mori is an intricate read. With multiple points of views to fuel the story, it was kinda hard to put down the first night. This book is unlike any other steampunk I've read. It was a nice change of pace, too. Katy did an amazing job on painting a Victorian-style mafia with the steampunk kick of the Brass Lady. That right there is sheer genius. 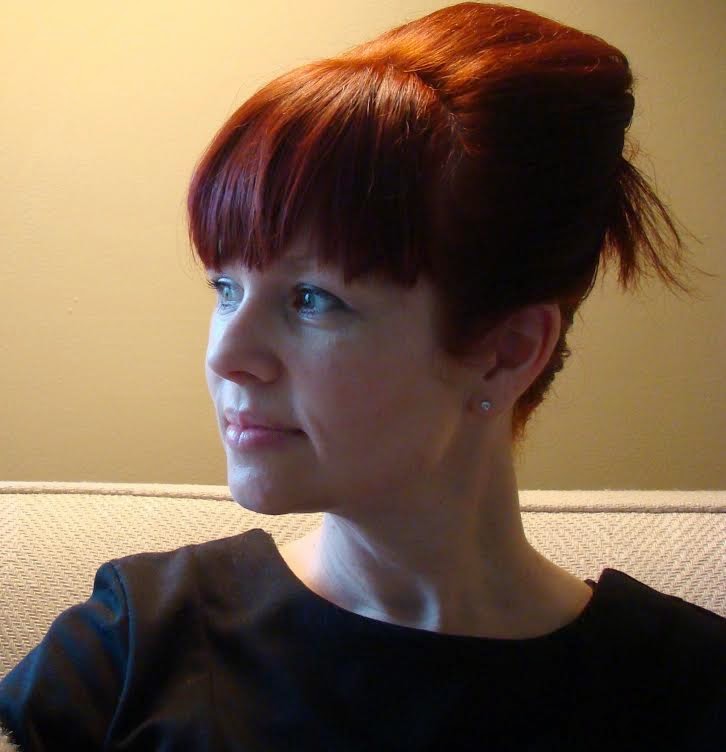 Katy is an arts and entertainment journalist and has worked for Time Out, Associated Newspapers and Comic Relief and her articles have appeared in The Times (London), Metro (London) and many other arts and entertainment publications, paper and online.
Alongside writing with her Dad under the pen-name Derry O’Dowd, whose first book ‘The Scarlet Ribbon’ was chosen to launch the History Press Ireland’s fiction line, she writes under her own name. 'The Lady Astronomer', a YA Steampunk tale was released by Untold Press in 2012.
Katy reviews for the Historical Novels Review and the British Fantasy Society.
Connect with Katy: [Webpage][Twitter][Goodreads]