“Enjoy a morbidly assortment of heartache, tears, and sadness …immediately felt connected … flow is beautiful … this book is what perfection really is!” - Toni L.
The world sundered and the demons arose, warring against those neither God nor Satan had wanted.

Korrigan trained most of her life as a courtesan, submitting to the will of men.

Petre searched for the perfect woman to break his immortal curse.

Sold to Petre in Arcadia, Korrigan stumbled through her journey of love, treachery, and forgiveness. Secrets and lies whispered in the dark recesses of her mind as her past haunted her dreams.
What if all her master taught her proved to be wrong? As the weight of her new world compounded on her shoulders, slave and master hatched a plan to liberate the brothel and tear down the walls.
Beyond the Brothel Walls Saga #1
Lust ruled the demons. Seven signs have come and gone. Sloth ruled the vampires. Seven angels fell to the Earth. Envy ruled the courtesans. Seven Keys lay hidden amongst the Seven Angels. Gluttony ruled the rich. Seven families rose and fell. Wrath ruled the Horsemen. One family would bring the world to its knees. Pride ruled the Morning Star. The Horsemen must seize the keys. Greed ruled the world. 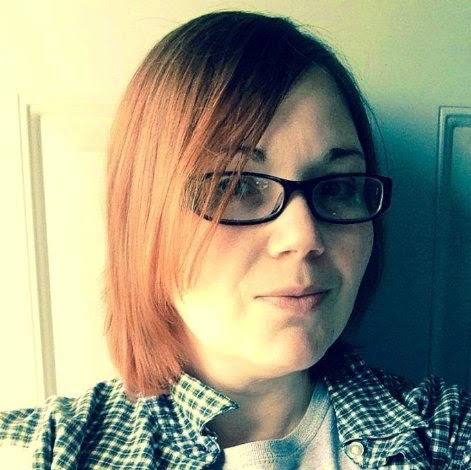 Human life held value. A virgin body attracted more wealth than a used up hag. What my master had paid for mine, I hadn’t known. I’d been born of unfortunate circumstance and abandoned as an infant. Like most women in the rebuilt world, I’d existed as a slave to men. Slaves never voiced opinions if they’d wished to live. Without an owner, I’d wilt away or fall to the harsh conditions of the broken world.
At eighteen and on my birthday, all I’d celebrated was my new sale. With a single suitcase grasped in my hand, I’d boarded the steam engine, and departed Delphia for the first time in my life. My destination, over ten hours from the Hampshire House of the Lady, lay in one of the three surviving countries of the Sundering. Arcadia was where my new owner lived. Hard to believe it an improvement of my situation, but rather a woman belonged to a single man than those visiting the brothel.
“Ticket miss?” the man interrupted my daydreaming thoughts as the door to my compartment skidded open. I fished into the pocket of my used pea coat and handed him the crumpled documents. He whistled low as his eyes raked over me. My skin crawled with a hundred bugs, and my stomach lurched from the sudden jostle of the train.
“Business or pleasure?” He accentuated the pleasure. I thanked the dim lights and hid my blush in the shadows. His hand punched my ticket, and he marked something on his clipboard. But those eyes kept rolling over me, and his tongue grazed his teeth.
We slowed down, and my legs itched to run for it as the steam driven lights dimmed inside my train car. Vehicles, small ships, and some older trains operated on the steam systems, but the tracks were older and worn from the icy elements. Steam remained cheap; trash was by far the cheapest. That much I’d understood from the overheard newscasts and conversations. I shifted in my seat as the train pulled to a screeching stop on the platform. Fancy women and groomed men waited their turn as the passengers departed.
“Business.” I forced a smile and met his glassy stare.
Women were different now; I guessed but I had no notions of the real world beyond stolen moments of television. Even then, I hadn’t followed much of what they’d explained. New laws had passed, revoking old rules where men couldn’t own humans, let alone women as property. Females once established within the governments had found themselves forced from their positions. Even soldiers and officers found themselves without jobs, and they became instant scapegoats. God spoke; the man on the television had believed and blamed the rise of feminine power for the Sundering. Free men had believed the wild banter as the upper class citizens sought a reason. There lived a rationale for everything in life, and every wicked deed they had viewed as a punishment. To me it was a bunch of hogwash, but it had remained the truth.
“Awful long way to travel for a young miss such as yourself.” His eyes said what his lips hadn’t. I was alone and a slave. At least the tinted talc hid the marks in my hair, turning the twisted mass into a pale lilac shade. Wanton men took a glance and knew what services I offered. Usually, I wore two thick swatches of purple streaked through my dark hair. The unmistakable sign had announced to others that I remained pure –a prize among the men but a whopping, fat lie. Nothing about me was wholesome anymore, and everyone I passed knew it too.
Sure, to him I was young –small enough to pass for a child- bundled in my coat, but I’d forgotten about the uniform. Even hidden beneath the wool, my corset squeezed against my boney ribs and dug deeper into my already marred flesh. Years of training allowed me to block the pain, but I wasn’t used to the stares of strange men.
At the house, men knew better than to touch me when Jules was there. My body had belonged to him, and he remained their boss, but I couldn’t rely on him any longer. Instinct kicked in, and I moved away from the man, placing my body against the wall of my compartment. I shivered, but there wasn’t even a hairline gap between the metal barrier and me. He stepped forward, not bothering to close the door, and my heartbeat quickened. My lungs burned as he approached, and the scent of his aftershave nauseated my stomach.


“Excuse me,” a deep, accented voice called from the train car’s hallway.

Email ThisBlogThis!Share to TwitterShare to FacebookShare to Pinterest
Labels: Events