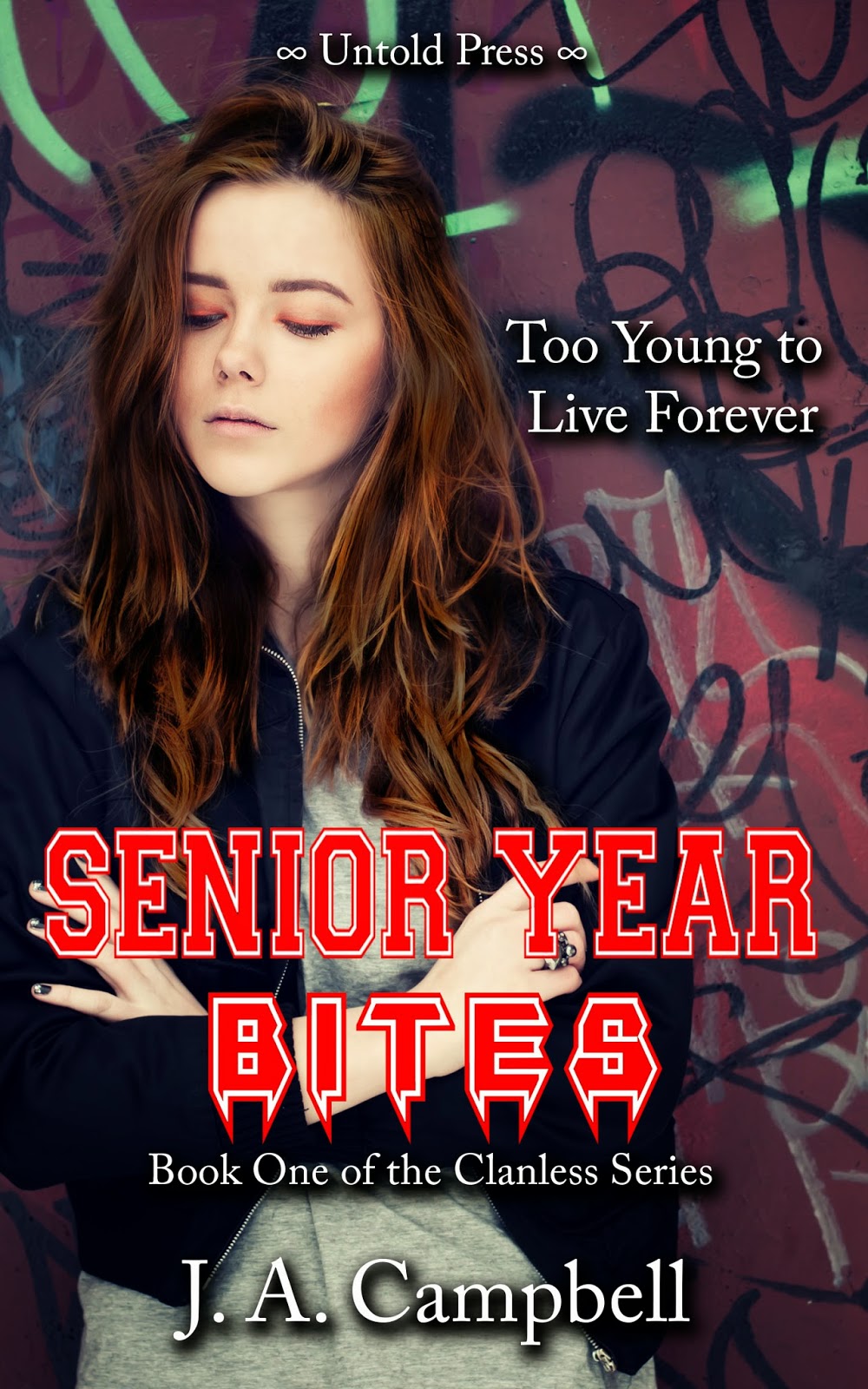 Series: The Clanless, Book 1
By J. A. Campbell

Blurb:
Senior year is supposed to be fun: boys, dances and graduation. It's significantly harder to enjoy it when you're dead.
Thanks to an innocent game of Truth or Dare, I wound up sleeping in a graveyard. Probably not the brightest thing I've ever done, but thanks to a couple of well-placed fangs, I'm here to tell the tale.
Vampires might stalk pop culture, but they’re just myths, right? Yeah. Not so much...
Everything seems a lot more difficult when you’re a nocturnal creature of the night, especially school. I was managing, but couldn't keep it hidden from my friends. Steph decided that we should be cool, like superheroes, and fight crime.
I’m a vampire, not a hero. Living in a sleepy New England town, crime is a little harder to come by. At least it is until a serial killer moves into the area. He’s got the authorities stumped, but then again, the cops don’t have a teenage, blood-sucking, non-hero on their team. It doesn't take long for me to discover the world is full of monsters. I may be one of them…but will I turn out to be the hero, or the killer everyone is looking for.

Funny, smart, different- Senior Year Bites is definitely a great read. In the beginning, we meet Meg, who is our main chick who is already a vampire. We don't know who did it or why, but we do know that this chick is funny. I love her friend Stephanie. She is freaking awesome. Her acceptance and wanting to turn Meg into a hero instead of a monster. Join Meg and her awesome friends fight paranormal crime and have fun along the way.

"I can probably teach you some, but it will be different for you. Vampire society is more lethal. The Sidhe are not less dangerous, just less quick to kill. There are plenty of other things they can do to make your life miserable. Death is too easy. Vampires, well...they are killers. That's what they do. Staying alive is a complicated dance through politics." ~Alexander 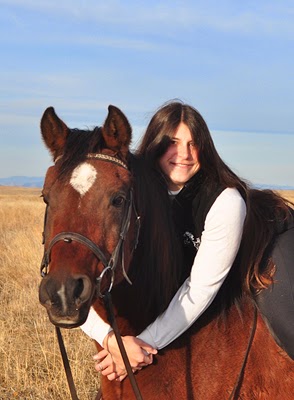 Author Bio:
J.A. Campbell
Julie has been many things over the last few years, from college student, to bookstore clerk and an over the road trucker. She’s worked as a 911 dispatcher and in computer tech support, but through it all she’s been a writer and when she’s not out riding horses, she can usually be found sitting in front of her computer. She lives in Colorado with her three cats, her vampire-hunting dog Kira, her new horse and Traveler-in training, Triska, and her Irish Sailor.She is the author of many Vampire and Ghost-Hunting Dog stories and the young adult fantasy series Tales of the Travelers. She’s a member of the Horror Writers Association and the Dog Writers of America Association and the editor for Steampunk Trails fiction magazine.