Tales of Ever Blog Tour 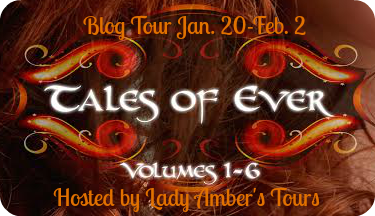 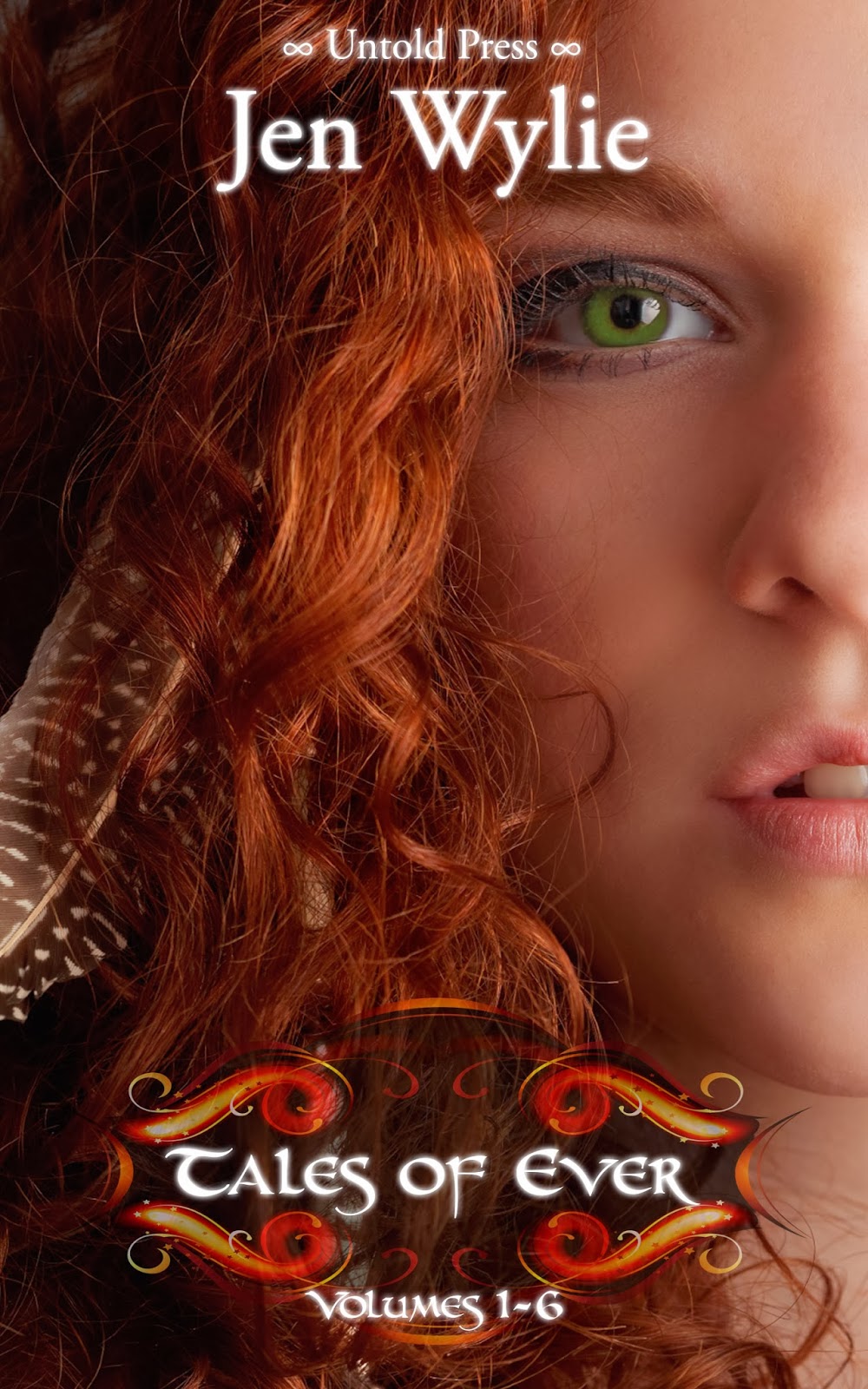 ~Tales of Ever is suitable for readers 10 and up. Originally written as a novella series, it has been reworked and is now available as a complete novel.


A few months ago, I was a normal girl. Life sucked, and just like everyone else, I took the simple things for granted. At least until I got this new power, a "gift" mom called it. Apparently, I'm a firestarter. I didn't want to be. I didn't ask to be. It would be cool if it wasn't so dangerous and I knew how to control it. When an uncle I'd never heard of showed up to take care of me after my mom died, I should have been grateful. As it turned out, my whole family isn't normal and more than a little bit crazy. I thought things couldn't get any worse. I was wrong.


They banished me to Ever.


Ever; a deadly realm where feared, powerful, and dangerous magical beings are banished. It's not a world, but a magically created prison you can never break out of. Who, or what, made Ever? I've no idea. They were powerful, and cruel. That is all I can tell you.


Ever has no sun, no moon, and no stars at night. Time is told by the ever changing color of the sky where portals open, dropping new inhabitants or new terrors. Time does pass. Don't worry, you won't get old. You won't live that long.


The landscape changes without reason from desert to jungle. The flora isn't safe at any time. There is food, if you can find it without getting eaten yourself. Most plants and animals are poisonous. So is the water.


Are you afraid? You should be. This is the end. It gets worse of course. Remember the portals? Do you think angels come through? Innocent people rarely do. Mostly, it is evil people, people too powerful to kill. Their magic works here. The creatures are worse.


Do you understand? Well, you will eventually, or you'll die. There is no escaping Ever. 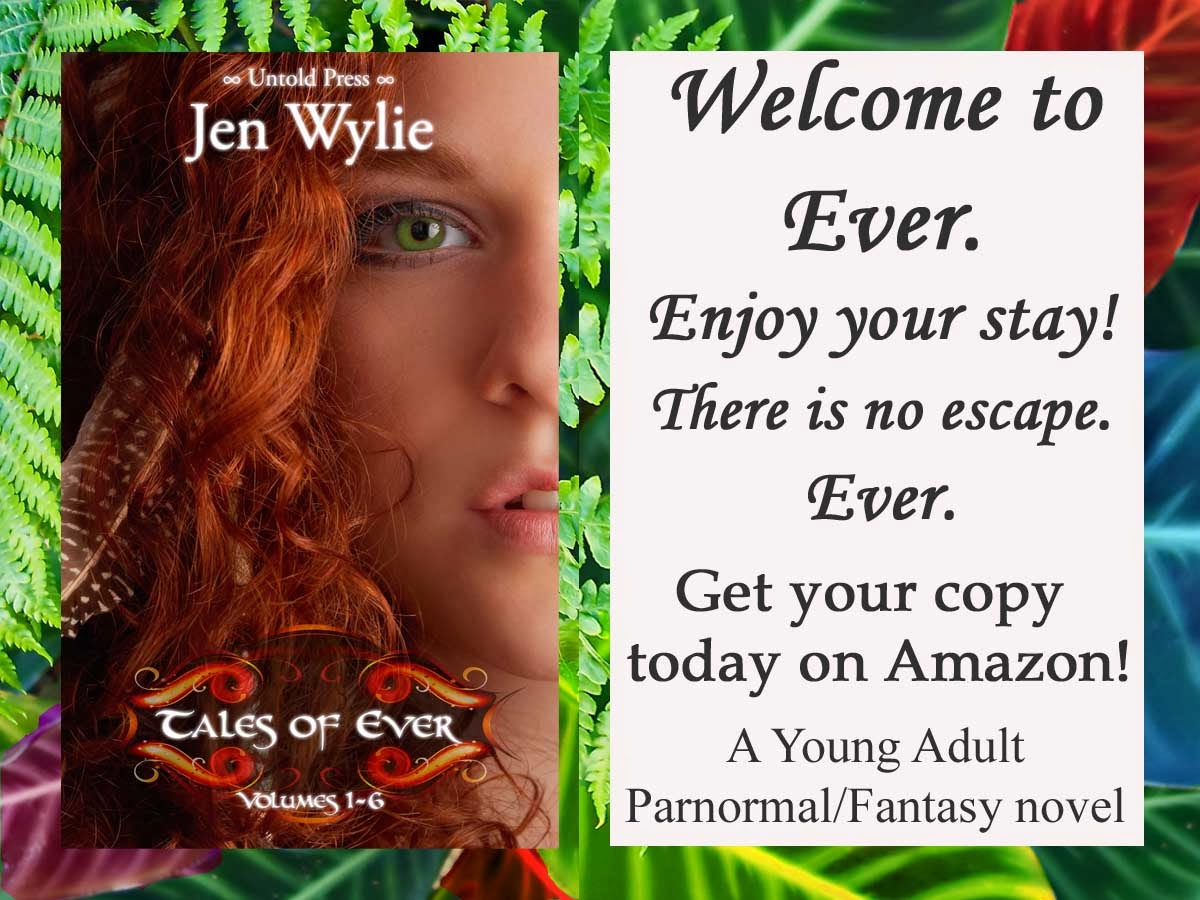 Available at all Amazon stores:

I squeeze my eyes together tightly, trying to bring the fire under control. I can do this, I can...

The fire roars around me. Not good.

I feel cool fingers on my face and my eyes snap open. Jadus stands right before me, his face set and intense.

Certainly he knows how dangerous it is to touch me? No, he doesn't. He doesn't know...oh god...

"Think of water, rivers, ice, snow," he whispers, staring into my eyes.

I do as he asks; terrified I'm going to kill him. Amazingly the fires die. Letting out a shuddering breath I squeeze my eyes closed again for a moment. "Sorry."

He chuckles. "Powerful gift you have there."

He shrugs. "You'll figure it out."

He gives me a moment to silently collect myself before gesturing for me to follow him. "Come on, I want to show you something."

We head up the path, higher and higher. Finally reaching the top, he leads me over to the edge. My eyes grow wide as I stare out at the landscape before me. I can see the pink desert in the distance. The rainbow jungle spreads out in a line below. I can see a huge river too, and beyond it another kind of forest. The more I look the more I see.

Jadus points off to our right and I see a portal open high in the sky. That can't be good.

Turned out height doesn't matter. Not this time.

Something huge flies out.

My mouth drops open. Is that a dragon? The beast roars and flies off as the portal closes.

Jadus looks over at me and chuckles at the look on my face. He spreads his arms wide. "Welcome to Ever."

Never Ending Story + Jumanji = Ever
Tales of Ever is an amazing set of 6 "episodes" that follow a young girl named Misha. After losing her mother, her mysterious uncle swoops in and saves the day. Only he doesn't save the day; he turns it into a nightmare with a twist. He banishes her with a parting message regarding her father. Armed with a nagging question and about to be eaten, she befriends a strange yet mesmerizing boy named Jadus. He isn't human but evokes a feeling in Misha she can't explain. He is loyal to her and shows her how to survive in Ever.
Water that is poisonous, plants that can eat you and men claiming you as property; yeah...that's Ever.
Jen did an amazing job on creating such a vibrant world such as Ever. Reading it reminded me of the movies Never Ending Story and Jumanji. A perfect blend of the two; I was able to envision the terrain of Ever. Tales of Ever 1-6 leaves you with a bittersweet feeling. I hope there are more tales to come. 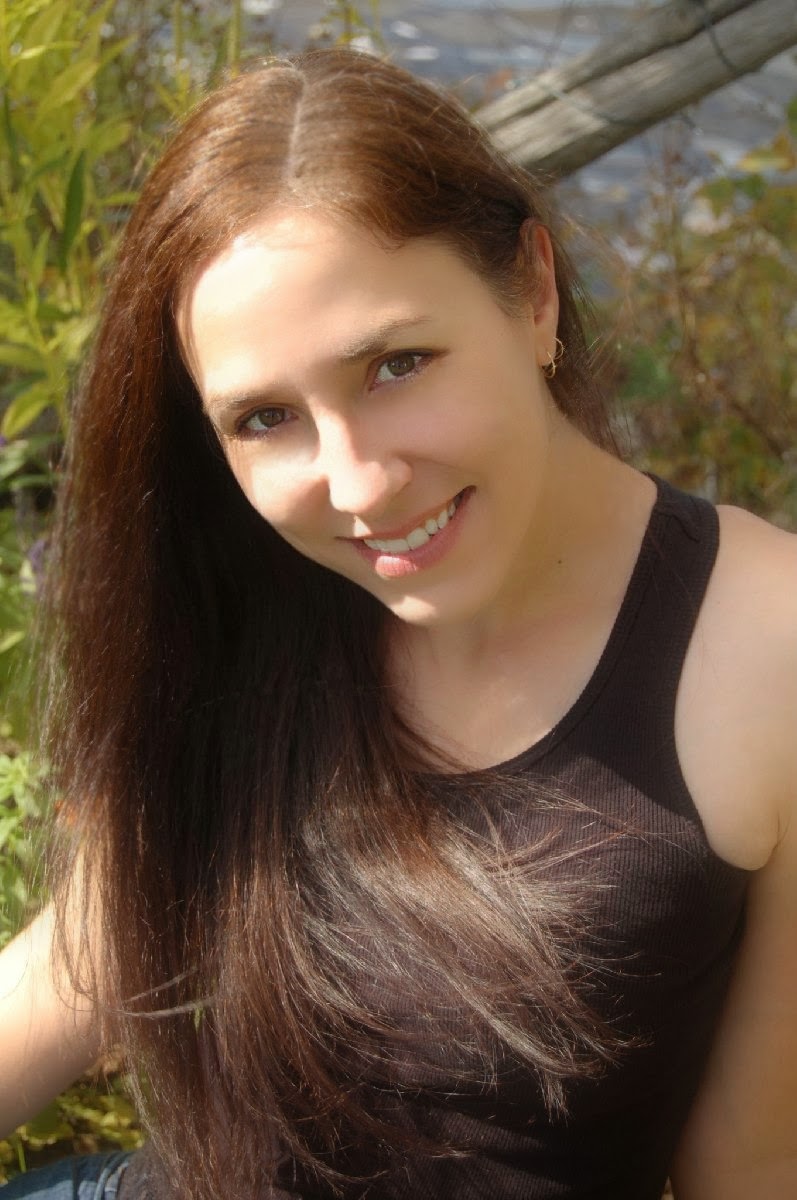 
Jen Wylie resides in rural Ontario, Canada with her  two boys, Australian shepherd and a disagreeable amount of wildlife. In a cosmic twist of fate she dislikes the snow and cold.


Before settling down to raise a family, she attained a BA from Queens University and worked in retail and sales.


Thanks to her mother she acquired a love of books at an early age and began writing in public school. She constantly has stories floating around in her head, and finds it amazing most people don’t. Jennifer writes various forms of fantasy, both novels and short stories.