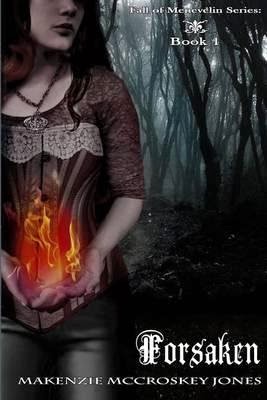 urdened by eyes that reveal her emotions, branded by a birthmark that spells out her name, and gifted with strength heightened by inhuman capabilities, Kiara Fable has always suspected a veiled aspect of her life—what she failed to notice was the truth of her past lurking in the shadows, disastrously unraveling the normalcy of her future. Kiara’s dreary life with her adoptive family in a small, isolated village in the heart of the mystical world Menevilen is abruptly shattered the day she is rescued from an attempted assassination by the charming and intimidating Avian Knight. According to him, royal blood native to the kingdom of Enevale flows through Kiara’s veins—the same blood her maniacal, magic-wielding aunt, Vyntrx, will do virtually anything to spill. Thrust in the midst of a century-old blood-feud between the Evalseman and Nonae races, Kiara must ultimately betray half of her heritage and choose to defend a side of the rivalry. Faced with a war she may not be capable of winning, the presence of a traitor hiding amid the darkness of distrust, the bittersweet venom of love’s merciless sting, and more precarious escapades than she thought imaginable, Kiara fears her new world may be utterly forsaken.

Full of adventure around every corner, Forsaken will not disappoint. The attention to detail left me with amazing imagery, and a smile on my face. Watching Kiara grow as a character through this install was amazing. Every character was fully detailed...even her evil aunt! It is awesome! This incredible fantasy will leave you wanting more. Great job on creating the worlds of Menevilen and Enevale!!! I would love to take a vacation there! 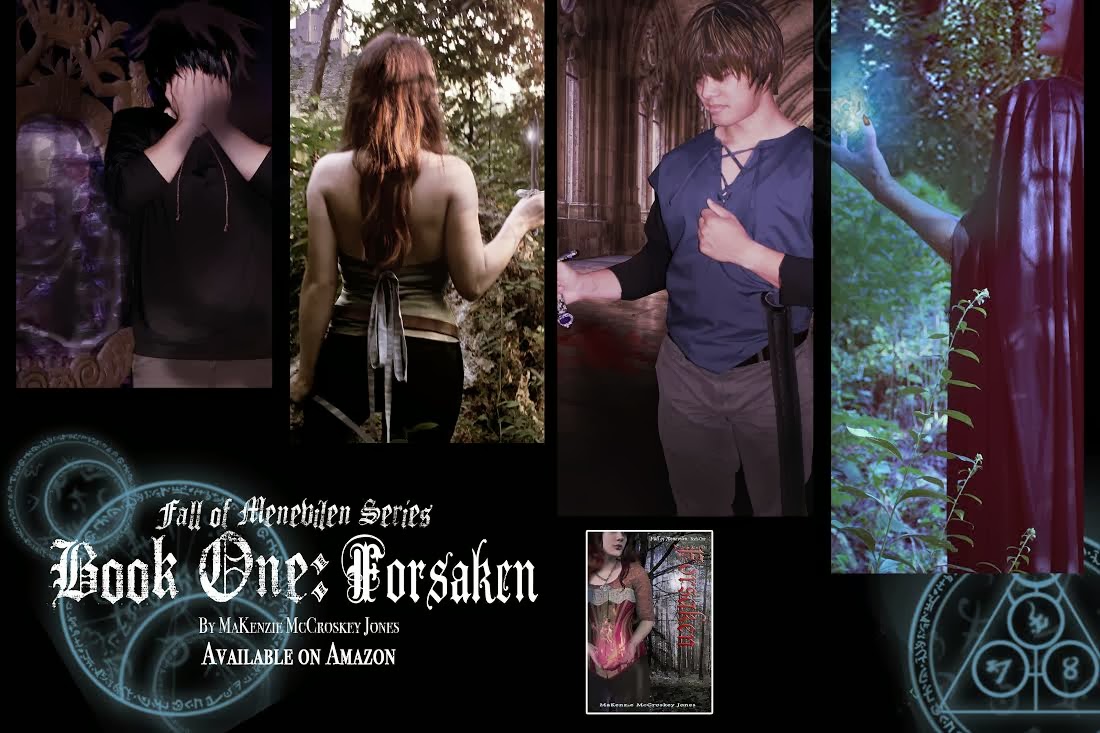 After Avian had prepared the makeshift campsite beside the glowing fire, Kain wrapped himself in a blanket and succumbed to slumber almost instantly. Avian reclined against the harsh bark of a tree, his eyes scanning the forest as his thoughts whirred. He heard Kiara shuffling closer to him and chided his heartbeat for accelerating from the mere reminder of her presence.

“See anything?” she whispered.

She sighed, folding her legs against her chest and staring at Avian through the shadows. “My head feels like it’s on fire,” she said slowly. “When I look at you, when I’m near you, my body swirls and spins with confusion. A voice inside my head tells me to push you away, to distance myself from you—but a small part of me just wants to break down and sob. Why do I feel that way, Avian? Why have my emotions changed so much?”

He glanced away, his eyes locked on the lightless distance as tears slid down his cheeks. A lump of guilt rose in his throat as desolation smothered his heart. “Maybe someone out there just doesn’t want us to be together,” he choked.

His suggestion issued a wave of conflicting emotion to stir in the pit of her stomach. She bit her lip, urging the sensation to pass—but it only grew stronger. “I’m not sure what to say,” she admitted.

“There’s something I want you to know and never forget,” he spoke softly, his voice quavering. He refused to glance at her and allow her to see his tear-streaked face. “Regardless of what happens.”

She furrowed her brow in confusion, attempting to discern his figure through the oppressive shadows. The gleam of the fire highlighted his body in an orange outline, but his face was deliberately turned from hers and even if he had been staring directly at her, she would not have been able to read his expression through the darkness. “What is it?”

He was silent for several seconds. In the distance, a bird squawked plaintively as though it had been attacked by a predator. “I love you,” he declared. “I’ll always love you.” 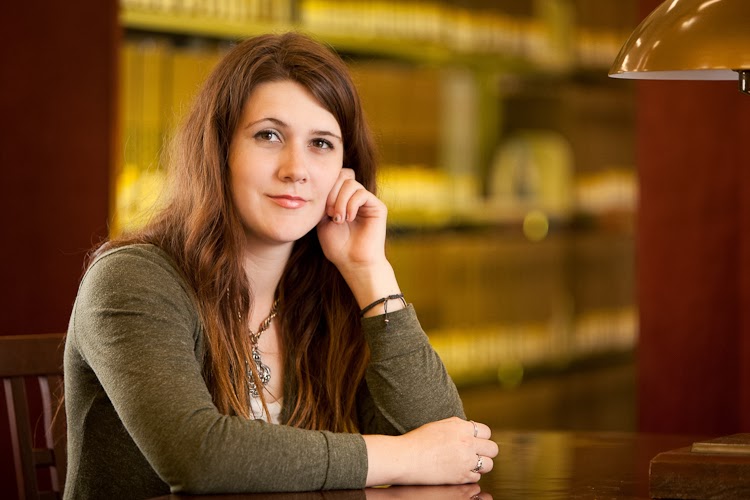 MaKenzie McCroskey Jones has been writing since the tender years of childhood. After writing her first novel in fifth grade, McCroskey Jones was determined to become a published author and share her stories with the world. Her debut novel, Forsaken, was under construction for six years before its release. Currently, McCroskey Jones attends college in her home town and dreams of one day moving to the thriving world of a big city. McCroskey Jones's workload is split between her job as a student writer in the University Relations and Marketing Department of her college, as a Creative Writing major, and as the author of Forsaken's sequels and two additional budding series which she will publish under the pen name M.L. Sparrow.