Wolf of Stone by Quinn Loftis 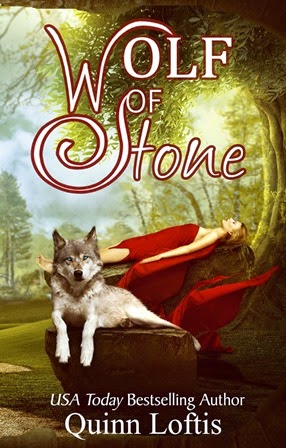 Dalton Black, a Canis lupis full of guilt and anger, never expected to find his true mate. Perhaps already slipping into madness, he had resigned himself to the fact that he would walk the earth without the other half of his soul. He was convinced that his sins were enough to keep the Great Luna from giving him such a blessing. He knew it was probably better that way. His past was as dark as his name and after three centuries of running from it, the memories were finally catching up to him. But all of those resignations evaporated when he saw her broken and bloodied body lying on that alter. Though the man didn’t recognize her, the wolf did. Through battle and bloodshed he was able to save her from the evil that held her captive, but now he would need her to save him from himself.
Jewel Stone was wholly unaware of the ancient bloodlines of Gypsy Healers, mates to Canis lupis and protectors of the packs – much less that she carried that blood herself. But when a beautiful but deadly woman showed up in her home and ripped her from her realm, she knew her life would never be the same. Her mother, Gem, a fortune teller, had warned her that something was coming, that her life was about to change dramatically, but like everyone else, Jewel had dismissed her as a crazy person.
Jewel was the laughing stock of her school simply because Gem was her mother. And up until now, her life was one big disappointment after another. Instead of heeding her mother’s warning, she hid in her books, burying herself behind knowledge, both fact and fiction. She escaped into worlds created by others and filled her mind with facts of every kind in an effort to push away the hurtful words that others bombarded her with. Despite all of her knowledge and all of her fantastical stories, she never dreamed her own future would be full of adventure, danger, passion, and the possibility of unconditional love. As she lay unconscious after her first bloody encounter in the fae realm, her only chance of survival lay in the hands of a man scarred by his past, disfigured both emotionally and physically, and beyond the reach of any who had tried to help him.
Can two broken people, who carry the other half of each other’s souls, span the chasm between them and restore the innocence ripped from both their lives? Will they let the promise of healing love overcome the difference in age and experience, and the separation of species and realms? Or will they give in to the fear and doubt that would keep them from one another for eternity?

Keeping with the awesomeness that is Quinn and the Canis Lupis tradition, Wolf of Stone is an incredible and intense addition to Quinn's library of work. Within the latest install of The Gypsy Healer Series, the characters are more personable; they have both strengths and weaknesses that are present. This made me like the series so much more. Instead of having a hero that can do no wrong, she has someone who is broken and needs to be fixed. Building up the action towards the end, Quinn leaves you hanging off the edge of your seat as she continues this epic series into book 3. Quinn has always been one of my favorites and with this series, she is definitely in my top 3! 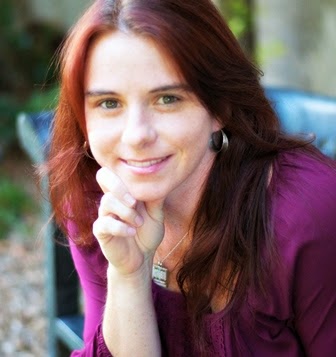 Quinn lives in beautiful NW Arkansas with her husband, 2 sons, Doberman and cat (who thinks she is a ninja in disguise). She is beyond thankful that she has been blessed to be able to write full time and hopes the readers know how much all of their support means to her. Some of her hobbies include reading, exercising, crochet, and spending time with family and friends. She gives all credit of her success to God because he gave her the creative spirit and vivid imagination it takes to write.

Trailer for Wolf of Stone