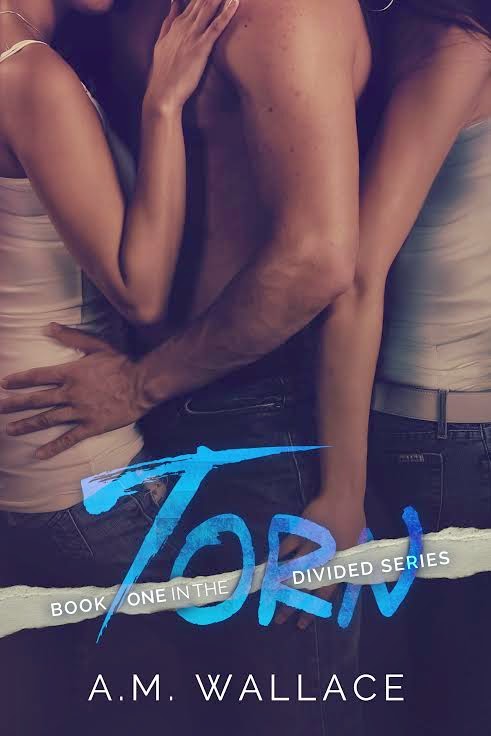 Blurb:
Marcus has his life pretty much figured out at twenty five years old. He’s got his career on track, a nice house just outside of the city, and his lifelong best friend, Hannah, by his side at every turn. The only problem is that he has been fighting with himself to tell Hannah how he really feels. How she’s all he’s been able to think about since he was old enough to have those feelings. What he doesn’t know is that Hannah is facing the same inner battle with herself about him. She fantasizes about a life with Marcus. Will Marcus or Hannah be able to tell each other how they feel about one another? Will they be able to make a life together or does fate have other plans?

A.M. Wallace was born and raised in southern Ohio. She is currently a stay at home mom to her wonderful son. She and her husband still reside in southern Ohio after a few years of living in east Tennessee (Go Vols!) While her husband is a die-hard Volunteer, A.M will always be a Buckeye. (O-H-I-O!) Thankfully the two teams almost never play one another.
Her love for reading started at a very young age. The Boxcar Children was where it all started, and she never quit. AR Reading in school only pushed her that much harder to read faster and more advanced books. Her competitiveness came out when there were prizes and “winning” involved. Now, she reads anything and everything in her free time. (When she has free time.)
After being a stay at home mom for seven months, needing a change that would allow her to continue staying home with her son, she finally decided to pursue her dreams and write her first novel. While watching reruns of The Mickey Mouse Clubhouse, Handy Manny, and Doc McStuffins in her living room with her seven month old rolling around, the idea behind The Divided Series was born.
Author Links:
Author Links – Facebook: https://www.facebook.com/authoramwallace