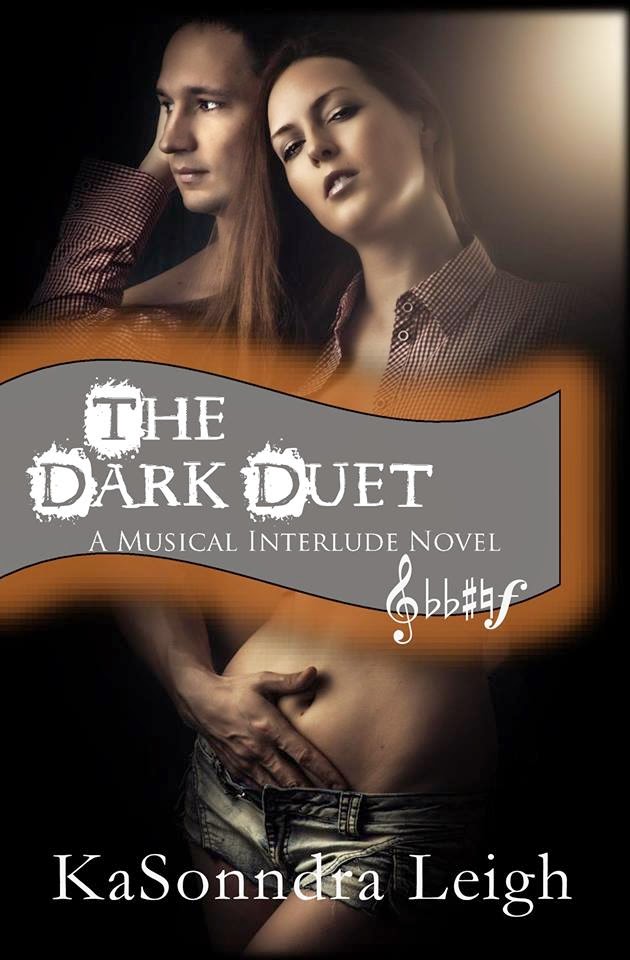 Family.
What does that word mean?
Kindness. Generosity... Love?
None of that applies to mine.
I think we should try vicious, corrupt...
Deadly.
I am not an innocent.
I do not believe in fate.
Revenge should have its moment to shine.
I’ve been a slave to circumstance...
A child of the shadows.
Now, I embrace the gloom and thrive inside it.
Revenge. Love.
Vengeance. Salvation.
The battle inside me rages on.
At least it does until one day when... I find her.
I do not understand.
I cannot allow myself to believe that...

There is light inside the darkness.

~Nikolai Belikov
** This novel contains mature content. It is intended for an audience at 18+ years of age. The Dark Duet can be read as a standalone novel.**
Add the Dark Duet to your to-read list on goodreads!
Amazon Purchase Link: http://www.amazon.com/Dark-Duet-Musical-Interlude-Book-ebook/dp/B00MQHVIL0/

The Dark Duet is one smoking hot addition to this series. Keeping up with the passion and excitement of Alek and Erin's story, Nikolai, the extremely mysterious dancer and Alek's best friend, is caught up in his own drama.
Reading Nikolai's story was such an intense read. His sordid past adds to the non-stop action in this series. I truly hope that there will be more to this series. Miss Leigh shows her talent as a writer with this series and I look forward to reading more works by her.

Other Books in the Series 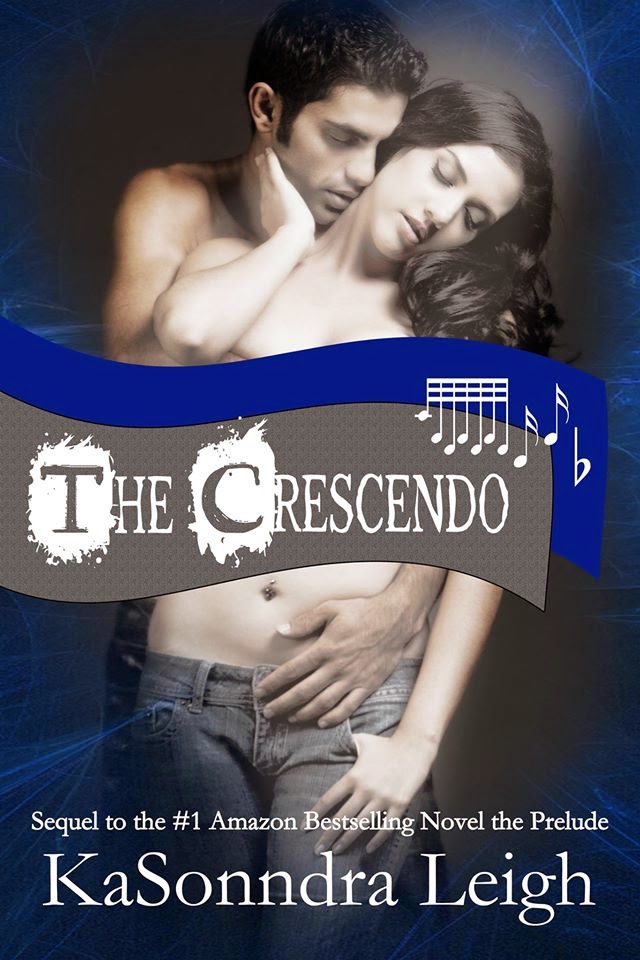 He taught her how to walk outside the line. She taught him how to leave the past behind. In the end, fate brought them both together.

Six months ago, Erin Angelo was hired by Alek Dostov, the charismatic Maestro who hired her design firm, the same man who healed the wounds of her tragic past.

In the highly anticipated, reader requested sequel to THE PRELUDE, Alek and Erin are preparing to embrace their new life and love for music while nurturing Erin’s blossoming singing career. But when a mysterious figure from Erin’s past walks back into her life, Alek and Erin’s belief that their love will conquer everything is put to the test. As Alek continues to struggle with the ghosts of his past and recent family troubles, Erin finds a way to reconnect with her fiancée. The couple set out on a tour of Italy, taking Alek’s music group to the next level.

But Alek’s mother, Katerina, has other plans in mind. She orders the tour manager to go along with them. Now, they will face new challenges while dealing with the pressures of their careers.

Passion, excitement, adventure, danger, and a Maestro that has more swagger than a rock star. THE CRESCENDO lifts you up to a high you won’t soon forget. 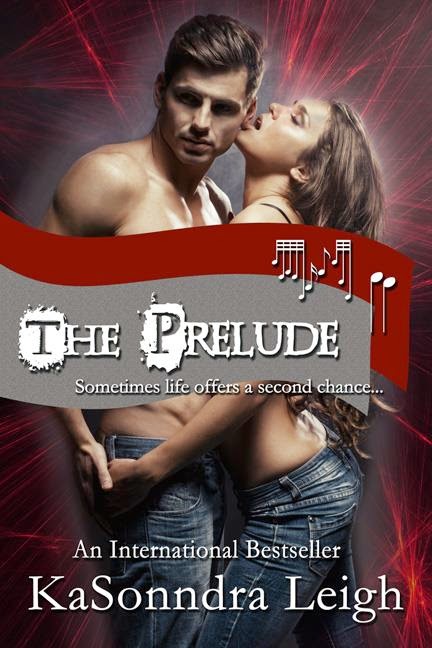 After finishing design school six months ago, Erin Angelo left her tragic past behind in the States and started a new life in Milan, Italy. Burying the grief, silencing her demons, and living a life without any real attachments has worked well for her so far. But when Erin secures her first real job as a budding clothing designer, her controlled world is shaken to its core by the mysteriously sexy director of the local symphony.

Alek Dostov is a man who knows what he wants and how to get it. He’s successful, hot, the son of a millionaire, and women all over the world flock to see one of his performances. For Alek, Erin represents the ultimate challenge: sexy, smart, and unaffected by his charms…or so she thinks. Just like Erin, Alek avoids attachments that leave him emotionally vulnerable. But unlike Erin, his pursuit of all things pleasurable is ruthless.

Knowing how wary they both are concerning any kind of committed relationship, Alek finds a way to pursue Erin, satisfying the intense attraction between them without sacrificing the freedom they both enjoy. Sometimes the deepest passion brings out the darkest emotions. And Erin finds herself completely unprepared for the forbidden world of the young maestro and his truths and even his secrets, as she struggles to deal with her own.

Music, passion, betrayal and forbidden love spun together in one of the most romantic cities in the world.

**This novel contains mature situations and language. It is intended for an audience at 18+ years of age.**

Purchase the Prelude at: http://www.amazon.com/Prelude-Musical-Interlude-1-ebook/dp/B00C43RBFI 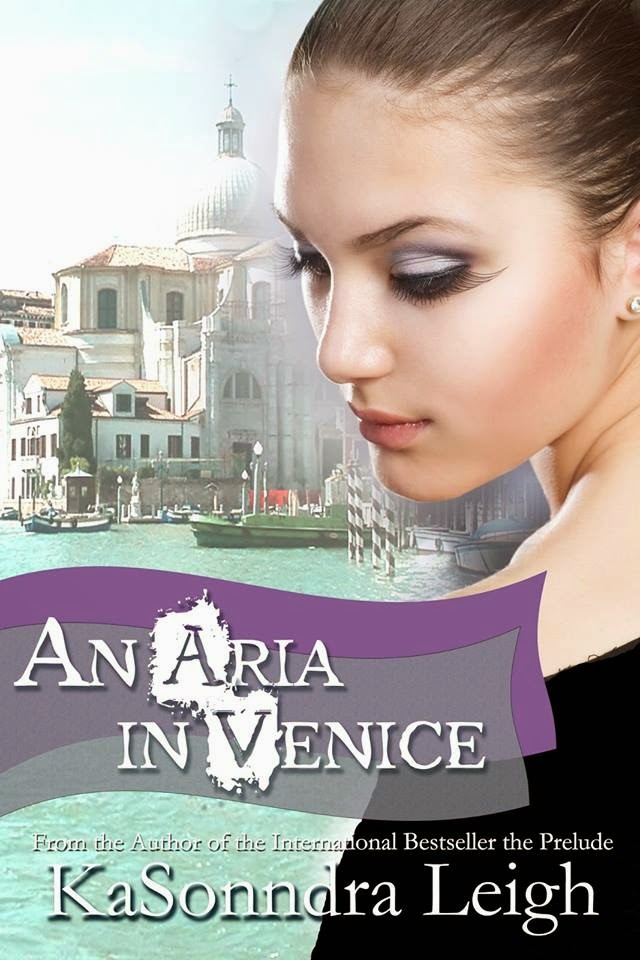 His goal…One night with the ballerina.
Her goal…To beat the player at his game.
The outcome...Something completely unexpected.

Adriana Dostov pegged Luca Martuccio from day one: gorgeous, talented, arrogant, a man who has had difficulty committing to one woman in the past. He is known in fashion circles as the player with a scandalous history. So when the girls in her ballet troupe suggest she gives up her virginity to him, she doesn't say no. But she’s not sure that a ‘yes’ is the right answer either. Yet, she can’t stop herself from making the offer... a one night stand in Venice.

Luca wanted feisty little Adriana the moment they first met - and he fully intends to have her, hence why he's agreed to accept her proposal. In the end, he'll get what he wants. No commitment. All sex.

But, as Luca discovers, there's more to the ballerina with the overbearing mother - and he can't help but care about the frightened girl behind those sad eyes.

Adriana discovers Luca isn't just walking sex on a stick - he has a wildly passionate side, a lost soul who has suffered just as much grief as her. And it could be, they're exactly what the other one needs.
Purchase on Amazon:
http://www.amazon.com/An-Aria-Venice-Musical-Interlude-ebook/dp/B00JTO26PA/
** This novel contains mature situations and language. It is intended for an audience at 18+ years of age.**
Coming Soon:
The Overture (Book 4 of the Musical Interlude Saga) - Release date Winter, 2014 https://www.goodreads.com/book/show/21839798-the-overture 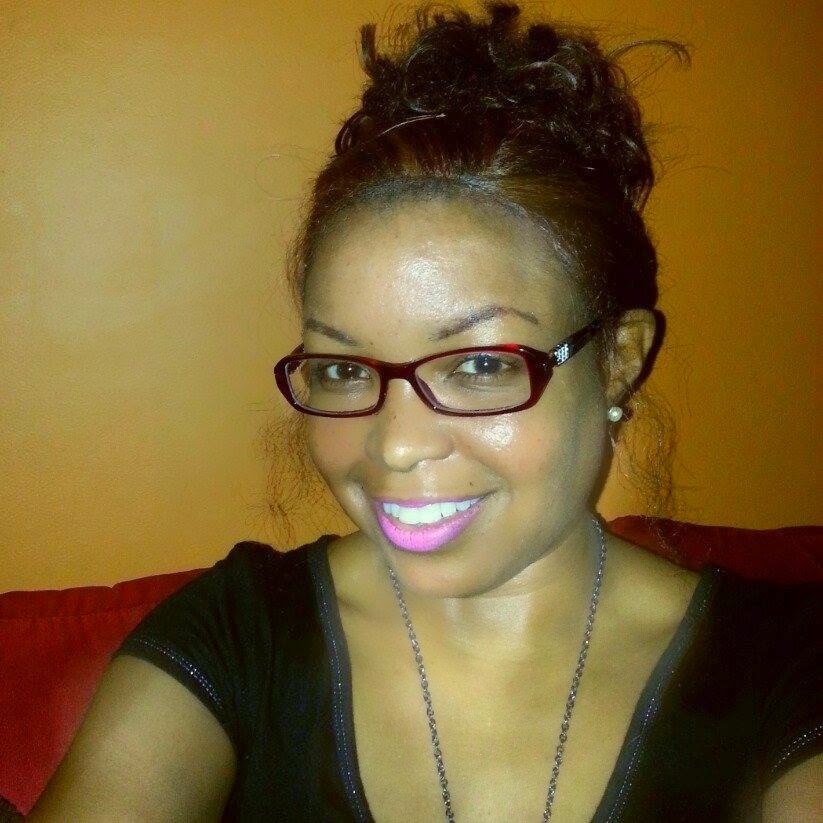 Author of the Lost Immortals Saga and the Seraphine Trilogy, I'm also a mother, blogger, reader, gardener, home renovator, and a slayer of Egyptian mummies in Tomb Raider. I believe in karma, coffee, and seriously wish that the producers of Xena would bring my favorite show ever back.

I was born in the race-car city of Charlotte, NC, and now live in the City of Alchemy and Medicine, NC, when I'm not hanging out in Bardonia (Lost Immortals). Most of my characters are based on people that I've met throughout my travels and adventures. People tend to stop and start conversations with me as if I've known them my entire life. Does this freak me out? Not really. My mom says that one day I'll get kidnapped by one of them. I told her that if it weren't for these lovely people then I wouldn't be able to create the stories that I do.

I have many favorite authors but there are some who truly rock my socks: Octavia Butler, Anne Rice, Kami Garcia, J.K. Rowling, Dean Koontz (on his good-book days), Stephen King (same as DK) Ann Radcliffe, Mary Shelley, Elizabeth Kostova, and so many more...

Some other common tidbits...hmm. I've watched the movie Under the Tuscan Sun almost 200 times. Seriously, the way I see it is if I keep watching it enough, then suddenly the house that Diane Lane lives in will magically appear in my backyard. I know. I have a huge imagination!

For news on future releases then you can sign up for KaSonndra’s newsletter here:
The Seraphine News Signup 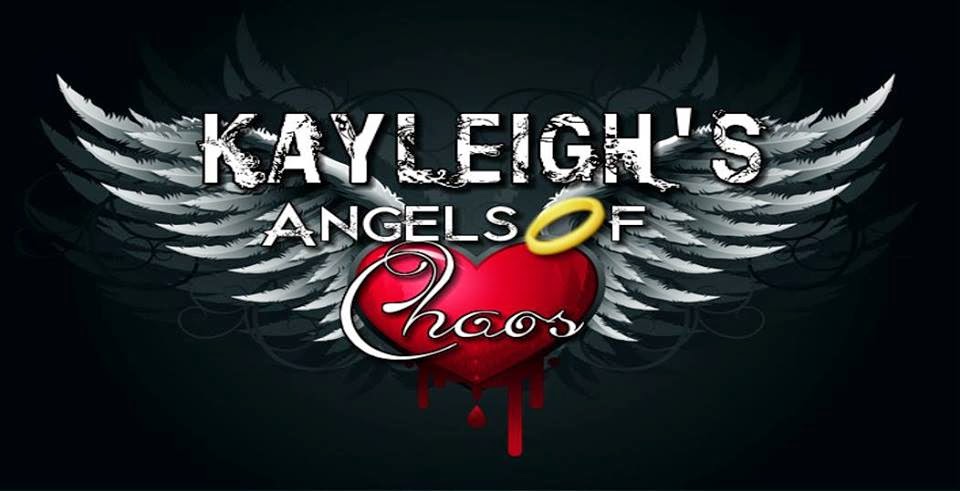 1) I worked on a minor in International studies while working on my bachelor’s degree and met some fantastic Russian friends during the process. Of course, they now read my manuscripts and offer suggestions on how to lend an air of authenticity to the characters.

2) Erin’s favorite flavor of ice cream is lime sherbet. She eats tons of it when she’s feeling stressed out.

3) I wrote Alese and Nikolai’s story in the Dark Duet long before Alek and Erin began their Prelude together. At that time, the book had a different name.

4) The gondolas in Venice are painted black in order to prevent disputes between rival water clubs. However, the red gondola from An Aria in Venice does exist.

5) Alek’s unique blue-brown eyes are the result of a pigmentation disorder called heterochromia. Thousands of people throughout the world suffer from this are, but intriguing disease.

6) Aleksandr Dostovsky has an American mother and a Russian father.

7) Most people consider Nikolai Belikov to be androgynous. He most resembles a muscular version of supermodel Andrej Peijic.

8) Alek began studying music and composition at the tender age of six. He’s ambidextrous and has the ability to learn a new instrument rather quickly. At 22, he became a symphonic prodigy, one of the youngest Maestros to ever lead a full orchestra.

10) All of the books in the Musical Interlude series are edgy, steamy and unique. The story in the Dark Duet is the most taboo of them all so far. It is not for the faint of heart. I didn’t pull any punches. In the words of the infamous Nikolai Belikov: “You’ve been warned.”