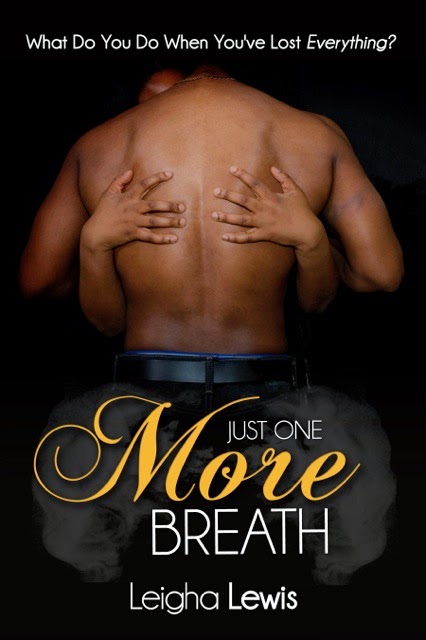 What would you do if you've lost everything? If the reason you woke up in the morning no longer existed? If life dealt you a blow so devastating that something as simple as breathing was just too painful, how would you find the strength to go on?

Nicole Miller was happy, busy with her family and her dream job. Life was perfect. When tragedy struck, she succumbed to her devastating loss and crumbled under the heavy weight of her despair. She didn’t know where to find the strength to keep going.
Divorce Attorney, Shawn Burns had seen too many destroyed marriages to believe that happily ever after actually existed. By avoiding commitment, he remained aloof, and most importantly, unattached. Nicole, Shawn’s old college friend, is the only woman that he would ever be willing to give his heart to, but she was married to someone else…
Some friendships survive under stress. Some do not. Can Shawn, provide the healing balm for his friend’s soul? Will Nicole ever be able to find hope, forgiveness, or love for her desolate heart?

Add it on Goodreads: https://www.goodreads.com/book/show/21845868-just-one-more-breath?from_search=true

Prologue
I sat in the front row of the church with my left hand locked tightly into my mother’s, my right hand locked tightly into my best friend’s, and a small book tucked under my arm. I listened intently as person after person stood to read scriptures or offer words of comfort. Each person stopped in front of me, dabbed their red, swollen eyes as they gave me hugs and kisses, and offered me condolences. Like a robot, I automatically thanked each and every one of them and smiled as best I could.
My mother stood and approached the podium. She gave a beautiful eulogy; she summarized the ten short years of her grandson’s life better than anyone else could, including me. She told a few stories about the love between my sweet boy and me. Some even I had forgotten. She broke down a few times as she spoke on how hard the loss of his life had been on our family, but managed to make it to the end without completely falling apart. All the while, I stared at the shiny royal-blue child-sized coffin in front of me, feeling completely numb.
As the service wrapped up and the crowd made their way to their vehicles, I kept my eyes on the casket; I wanted to take in every moment I had left with my child. I needed it, because if there was one thing that I was able to comprehend in the big mess that my life had turned into, it was that these moments were devastatingly final. Therefore, I needed to stay in the moment and remember every detail.
When we approached the gravesite, I sat quietly as those around me stood and sang Amazing Grace.

“I once was lost, but now I’m found. Was blind, but now I see.”
I shook my head, wondering who the hell chose that song. It couldn’t be any further from the truth. In my twenty-eight years of living, I had never felt more lost, or blinder, than I did at that very moment.
When my only child‘s body began its descent into the earth, nothing about me felt right. It was as if my soul had taken up residence in a foreign body. I felt as if my right arm was missing, as if my lungs had lost their elasticity, and as if my heart had been ripped from my chest.
I managed to keep my tears at bay as the workers began to pile dirt and rocks into the hole. I found myself worrying about things I hadn’t thought of before. Would he be cold down there? Or get lonely? I didn’t know why, but somehow leaving him all alone in a hole in the ground suddenly seemed cruel. The wails of those around me started to infiltrate my thoughts, but I tried my best to push them out. I needed to focus on my son and myself. When I felt strong enough, I pushed to my feet and approached the freshly covered hole. I walked to the place where I knew his head lay and sat next to it.
Then I pulled out the book that I held for the last two hours and did what I had done every night for the last ten years.