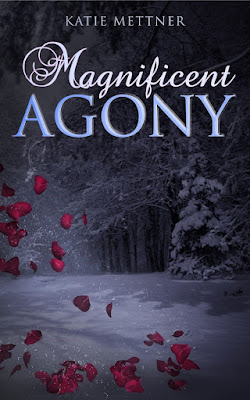 Eve Darling has learned one very important lesson in her twenty-six years; life never goes according to plan
The night of her high school graduation her heart was bursting with hopes and dreams for the future, but the universe had other ideas. Instead of New York and culinary school, she stayed in Magnificent, Wisconsin. Barely an adult herself, Eve was irrevocably tasked with becoming a mother to her big brother, Davis, the man with the heart and mind of a five-year-old boy. Now, eight years later, she’s become a successful entrepreneur, chef, and businesswoman. All of those responsibilities came at a price and her personal life was payment. No one was more acutely aware of that than she was.
And then, with one phone call, everything changed.
‘After life organizer’ Abraham Von Sallage was like no funeral director Eve had ever met. He was young, charming, witty, and had a unique perspective on life, because his business, was death. They both carried burdens society couldn’t, or wouldn’t, acknowledge, and in those burdens, they found an instantaneous connection. That night, as Abraham stood in the doorway of her cooking school, she saw hope in his eyes.
And then her world crumbled.
An inexplicably cruel twist of fate calls into question everything she knows about life, and death. With her soul adrift in guilt, she clung to the only person she could trust to save her from the agony her life has become. Shrouded by grief, it would take the love of one man, and the resolve of an entire community, to show her just how magnificent life can be. 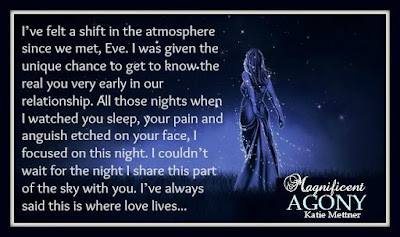 This book put me on such an emotional rollercoaster. When I finished reading it, I literally cried my eyes out. I felt for the characters; especially Eve. She had been through so much in her life and worked so hard to protect what she had. I felt for Rock too. Although he played a minor role in this book. it was an important one. I loved how strong yet weak Eve was portrayed. She was strong in the sense of being a smart business woman and the one to care for her brother, but weak when it came to her own personal feelings. Magnificent Agony definitely is an ugly cry type of read but a sweet and powerful one.

The birds come frozen? Eve didn’t tell me they come frozen! I felt myself hyperventilating a little bit. What do I do now?
“Abraham?”
I turned quickly, my hand losing its grip on the frozen hen in my hand. It went flying and missed the woman by no more than a hair. It landed on the floor with a clunk, took out a display of cracker boxes, and rolled a few feet where it came to rest, spinning slowly on its breast.
“Did I scare you?” she asked amused and I leaned against the large freezer.
“You didn’t tell me the birds are frozen!” I exclaimed.
She took step back and tried to hide her smile. “I guess I assumed everyone would already know that. I’ll make sure to add that to the syllabus for the course.”
“Eve, what am I going to do? My aunt and uncle are going to be here in,” I checked my watch, “seven hours and the birds are frozen!”
She held her hands out to calm me. “This isn’t the end of the world. We have options.”
“Options?” I shook the list at her. “It doesn’t say on the list the birds are frozen. What options are left?”
She was giggling by the time I finished my tirade. She snapped the list out of my hand. “It’s Sunday, right?” she asked and I nodded, perturbed as I was. “Well, I know for a fact Bob will have a fresh chicken or two in the back.”
“What good will that do us? I don’t know how to cook chicken!”
She shook her head at me as if to say, ‘Dude, take a pill.’
“Whether we cook four little birds or one big bird the result is the same, right?”
I huffed a little and picked up the offending hen off the floor. “It won’t look as fancy though. The little hens all done up with the stuffing looked nice at class.”
She put my hands back on the cart handle and set her own basket inside it. She steered me towards the meat department in the back of the store, while trying to soothe my ruffled feathers, no pun intended.
“We can make a chicken look just as fancy, if not fancier, than the game hens, and with a bigger bird it’s more forgiving. If you overcook it a little bit, no one will notice.”
“I hadn’t thought of that,” I mused as I stopped in front of the meat counter. “Oh, who am I kidding? I haven’t thought of anything. Why did I offer to make dinner? This is going to be a disaster.”
She laughed at me softly and I stopped my whining to listen. It was soft and joyous. It reminded me of the music that played from the transistor radio belonging to old Mrs. Mallard every Sunday.
“Hey, Darling, I didn’t expect to see you here. You usually spend Sunday with Davis,” Bob’s voice boomed from behind the counter.
I looked up at our very knowledgeable and overzealous butcher, who was leaning over the counter addressing Eve.
“Not today, Bob, I have a client. It’s a last minute thing and I need a chicken. I’m hoping you have a fresh one hiding back there for me.”
“A client, you say? Are you doing someone a favor again and making their dinner, so they can take credit for it?”
She bounced on the balls of her feet and grinned. “Something like that. I’m helping a friend. I don’t have time to defrost a bird, so if you don’t have a chicken, we’ll have to move to a nice roast.”
He held up his finger and twirled around, and I mean literally twirled around like a ballerina, and trotted back through the small doorway that led to the coolers.
“Eve, what are you doing?” I whispered, looking around the store for anyone we knew.
“I’m helping a friend,” she answered out of one side of her lip. “He’s having a bird about the birds, so I’m trying to find a bird that will stop the birding.”
I started to laugh, trying to hold it in, but failing miserably. I was in a full on giggle attack by the time Bob came back through the door. I had to cover my mouth and look anywhere, but at her.
Bob held up a stripped down chicken as though it was a newborn baby. “Look at this beauty. I wasn’t sure what I would do with her. She’s so big. Just look at those breasts.” 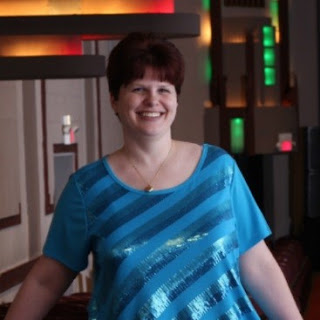 Author Bio:
Katie Mettner writes inspirational and romantic suspense from a little house in the Northwoods of Wisconsin. She's the author of the four part epic family saga, The Sugar Series, The Northern Lights Series, the Snowberry Holiday Series, Kupid’s Cove Series and The Magnificent Series. All of her books are written against the beautiful backdrop of the Midwest and are a mix of new adult romance, romance, and romantic suspense.

Katie lives with her soulmate, whom she met online at Thanksgiving and married in April. After suffering an especially bad spill on the bunny hill in 1989, Katie became an amputee in 2011, giving her the much needed time to pen her first novel, Sugar's Dance. With the release of Sugar's story, Katie discovered the unfilled need for disabled heroes and heroines! Her stories are about empowering people with special circumstances to find the one person who will love them because of their abilities, not their inabilities. Katie has a slight addiction to Twitter and blogging, with a lessening aversion to Pinterest now that she quit trying to make the things she pinned. 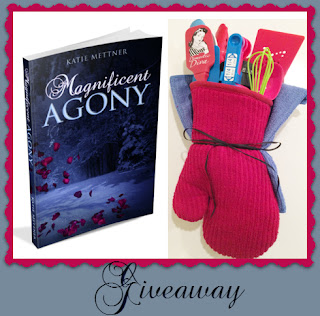