Adopted off the black market, Alexander Mitchell, has no idea his DNA is copyrighted and property of military weapons giant Texacom Defense. Nor that his DNA is being used to develop an army of clones. When the company discovers he was not properly disposed of 17 years ago, they send an assassin copy, BETA23, to terminate Xan and cover it up. 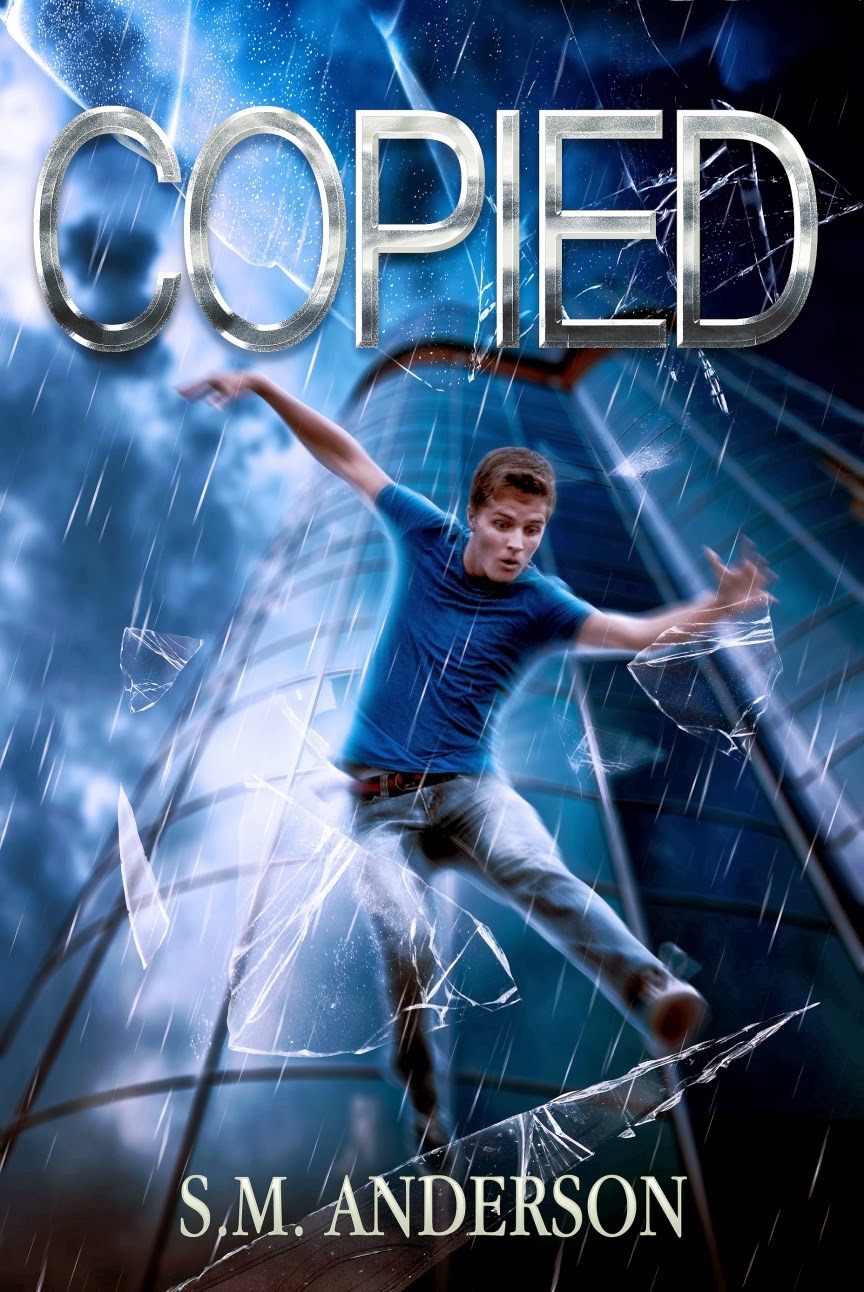 After he narrowly escapes BETA23’s first attempt, Xan teams up with Lacey, a genetically engineered genius he’s surprised to find common ground with— only they’re awkward together. Half of the time she stares at Xan like the science project he is and the other half…let’s just say Xan can’t keep his eyes off her lips.

When they manage to capture a company copy by luck and sheer stupidity on Xan’s part, Lacey is determined to see the good in their prisoner to the point she believes BETA23 can be persuaded to give them the intelligence they need to keep the company forever off Xan’s back. Xan’s not sure if he can trust the darker version of himself, not when it means gambling with the lives of his family and the possibility of losing Lacey. 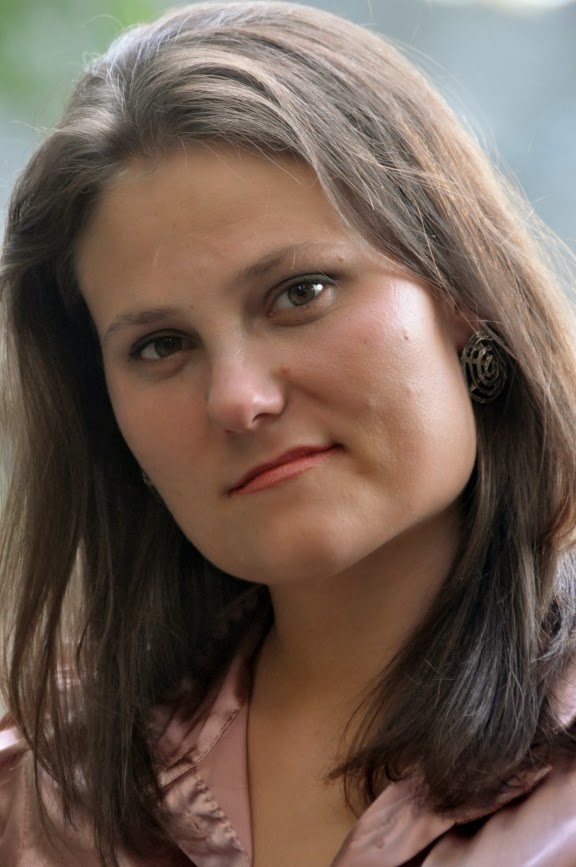 S. M. Anderson (Sarah Anderson) was born in Lima, Peru. She has lived in seven different countries, on five continents, and speaks a smattering of languages. As a child and even young adult, writing and reading were difficult for her, so difficult that she received extra help outside the classroom and was diagnosed with a learning disability. However, she always loved stories, especially ethnic folktales from the countries she lived in. It was the desire to create stories of her own that fueled her determination to overcome the challenges that came with writing. She has a BA in Art Education from BYU, with a minor in Russian, and a love of power tools. She has a growing family of three kids and currently lives in Springville, Utah

Target Audience/Markets Copied will find a home in the hearts of readers who enjoyed Divergent and the TV show Heroes. The novel contains enough action to engross male readers with a romantic subplot that will captivate the fairer sex. Although Copied’’s main target audience is teenagers the core of the story deals with ethical dilemmas that will trigger a crossover appeal to more mature readers.

"Unique and captivating story about a boy who discovers he isn’t who he thought he was. In fact, there isn’t only one of him. And when faced with a very different version of himself, he is forced to look within and decide who he wants to be. Sometimes it takes looking at oneself, literally in this case, to become who you want to be. I can’t think of many things that would totally freak me out, but running into a copy of myself—a copy that is so unlike me—would top the list. The theme that no one is as they seem permeates this novel.

Copied is full of compelling characters that are easy to care about and root for. They are not cookie-cutter, bumbling teens, but smart, strong, and proactive. I had to finish in a hurry to discover how it would turn out for them.

You won’t be able to put it down as the mysteries of these teens’ lives unfold. It may even have you questioning who you are and where you came from.
A chilling tale of nature vs. nurture, the power of trusting, and the belief in the transformative power of kindness to change who we are. The underlying theme that we can choose to be whoever we want to be, despite what we’ve been taught, screams from the pages of Copied.


I highly recommend this clean, intriguing novel--don't miss it."

-Cindy M. Hogan, author of the Watched trilogy.
"Copied by S. M. Anderson was a fresh, exciting novel that seamlessly wove together elements of science fiction with our everyday world. Not only was it a great read, but it got me thinking--what makes a person truly unique, and what would happen if that uniqueness was challenged? I definitely recommend it."

Excerpt
Beta opened his swollen eyes. Craning his neck sideways, he took a good look at his surroundings. Pain throbbed through his skull and down his spine. Everything blurred, but the outline of the shelves confirmed he was still in the storeroom. His mouth omitted a soft groan. The screech of a heavy wooden chair sliding across the tile floor resonated in his ears, and Beta winced. The slight flex of his facial muscles shot needles of pain through the bruises on his face.

A blurry figure appeared above him. “How are you feeling?”


He waited a moment for his vision to clear and ignored the burning itch of his skin as his cells started the process of regeneration.

Lacey hovered over him, brow furrowed and lips pursed as she examined him. When he didn’t respond, she rested a hand on his shoulder and gave it a little shake.


The light touch of her palm sent a wave of energy through him. He jolted upright. “Ouch!”


Pain so severe that he felt like the walls of his head would collapse in on themselves riveted through his body.


She winced. “Sorry. I didn’t mean to startle you. Please don’t move if it hurts.”


Beta scooted to the top of the bed and leaned his back against the brass headboard.


“You didn’t startle me. I just…” His voice trailed off. He couldn’t think of a way of saying what he meant without sounding weak.


“Never mind.” She gingerly touched the edge of his swollen eye with the tips of her fingers. “Are you in pain?”


He stiffened like the reflex of a beaten animal the first time it knows the touch of a gentle hand. Why should she care? “It’s fine. We heal quickly.”


Her gaze slid across his face. She probed every bruised nook and cranny. There was a hunger in her eyes as if she was the question and he the answer. He felt something else too; an emotion or feeling that he couldn’t put a name to. Something he'd never, in his short life, experienced. Beta stared past her, his eyes focused on the faint brush strokes of the wall’s dried white paint. If he could just ignore the strange new animal that had awakened inside him, he’d rally again and escape.


He cleared his throat.


“Sorry.” Lacey pulled back. “You must be hungry.”


She disappeared from the room and returned with a tray of food in her hands. Then she unfolded two short legs from the bottom of the tray and laid it across his lap. A loose strand of her ebony hair brushed against his cheek. Beta’s fingers twitched, knocking his wrists against the handcuffs. He wanted to tangle his hands in that silky-looking hair, just to know what it felt like.


She dipped a spoon into a bowl full of watery soup and pressed a mouthful to his lips.


Beta slurped down soft noodles with bits of chicken. Warmth spread from his belly to the rest of his body. He glanced up at Lacey’s face, inches away from his. Large red marks ran along the side of her jaw and neck. His throat tightened, remembering he had been responsible for those bruises. The little air he could suck in with bruised ribs tasted stale and stagnant. Another new sensation breached the impenetrable hold of his heart, this one unbearable. Beta swallowed hard. He had never regretted hurting someone before.