Jessica is a 15 year old girl with autism. Her whole life, she has struggled to fit in, and always viewed as helpless. That all changes the night a vampire attacks her. She survives the attack and discovers her autism gives her a special advantage against the deadly creatures. A group of vampire slayers take her in and teaches her to become a slayer.
Using a variety of weapons and skills to fight the vampires and their minions, she develops her skills, while continuing to discover the person and warrior she has always been.
Jessica rescues Hawk, a flying unicorn, who impales vampires with his horn.As she fights along side the slayers, she learns not all of them are what they seem. Jessica also digs into her past to learn the truth about her father's death.

My thoughts on Blood Slayer:

I was a huge Tim Miller fan with Dark Exorcist and The Hand of God Series but now-now it is official. He is genius when it comes to writing dark and amazing stories. With Blood Slayer, the main character is not some hot, smexy person who knows what they are and how they came to be that way. The heroine in this story is a teenage girl who is Autistic and has a run-in with a vampire who can't charm her. She is then saved by a vampire slayer who is intrigued by her. From there, Tim takes you to the compound where she trains with the slayers and becomes a part of the unit.

On a routine trip to a hive, Jessica runs into someone from her past who she thought to be long gone. Lives are changed and questions arise when Jessica is bitten. She is the key to it all. I would say more but that would ruin the awesomeness that is in this book. Find out more when you read Blood Slayer. 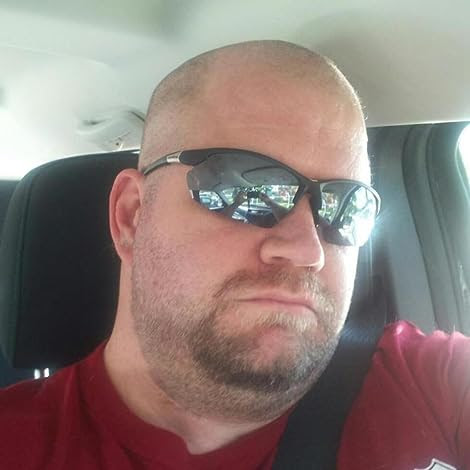 Tim Miller has studied various religions, as well as psychology and has worked in several fields involving the study of human behavior. After serving four years in the U.S. Marines, Tim spent six years working in corrections and social services. He currently lives in San Antonio, Texas with his wife and their children.

Tim became a fan of horror as a teenager. At the age of fourteen he would often read Stephen King books while listening to Iron Maiden on his head phones. He would write short stories to entertain himself and his friends.You can visit Tim's website at http://timmiller.org

His book, Dark Exorcist is currently in development with Eradicate Productions for a feature film.