Three lovers who stalk and kill the immortals that drift through South Florida (tourists are a moveable feast, after all) are living a simple life of leisure- until one of them is nearly killed by woman who is a new kind of lethal.
When Ring Hardigan isn’t making sandwiches for, and with, his two partners, Waleska and Risa (they’re cool like that), he’s got a busy schedule doing the dirty work of sending immortals to the ever after. Wally and Risa provide linguistics, logistics, and finding the right place for him and his knife- together, they’re a well-oiled machine, and they’ve settled into a rhythm that bodes ill for the Undying. Warlocks, vampires, succubae and the odd ghoul have all fallen to their teamwork. Life is tough, but they soldier on killing the undead, liberating their worldly goods for charity, and generally achieving very little.
-Until Ring wakes up after nearly dying at the hands of a woman who may or may not be the daughter of Satan. Ring’s a tough character, for a boat bum (killing immortals sort of rubs off on you that way), but twelve days of comatose healing are enough to bring out the ugly side of his temper. When a letter arrives asking for their help finding a large collection of stolen heirloom jewelry, they form an uneasy friendship with the last Baron of a family hiding in a primal European forest.
Cazimir, the Baron, has two skills: Jeweler and preserver of the last herd of forest bulls. It’s an odd occupation, but then, Ring, Risa and Wally aren’t your everyday career folks, and Cazimir’s lodge might be sitting on something that looks a lot like hell, which, according to a 2400 year old succubus hooker named Delphine, is currently on the market to the strongest immortal. The Baron’s impassioned plea to find the jewelry comes with some conditions- he doesn’t want the collection back as much as he does the thief, Elizabeth, who happens to be his daughter- and the woman who nearly sent Ring to his grave.
In a tapestry of lies, it’s up to Ring, Wally and Risa to find out what is evil, who is human, and exactly who really wants to reign over Hell. 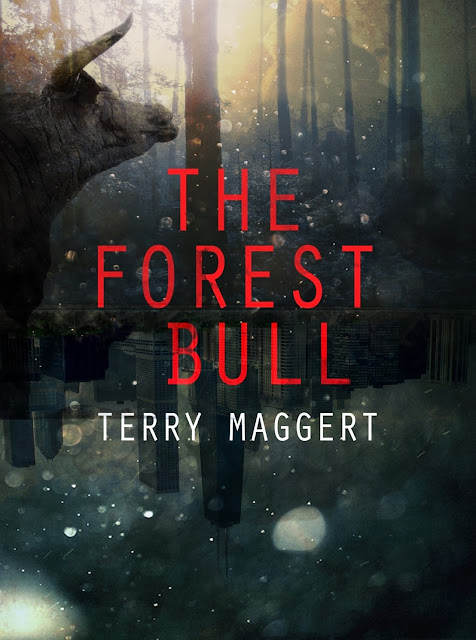 “You may kiss me now,” she stated in a voice devoid of music. The mirthless bow of her full lips betrayed her intent to me, but I knew the invitation, like my costume, was a lie. She was pretending to be human. I adopted the persona of just another lonely, awkward snowbird, my own illusion that had brought me to this intimate second with her, inviting me closer with a flicker of her brow. I bought in, leaning towards her in the alcove of a cheesy hotel that advertised in French and English. The boardwalk nearby was a haven for the Quebecois who fled the rigors of winter for the sun and crowding of Hollywood, Florida, squeezed between the fashion of Miami and the canals of Fort Lauderdale.
We were a mismatched pair because she saw what I wished: a slouching, whitebread tourist being rewarded by the gods of fate with the company of a pale, elegant woman whose body filled her sundress flawlessly. Other couples and groups passed us in a late night rush between the bars and gathering places of the beach. It was cool for November. Bursts of drunken laughter mixed with the quiet spaces surrounding lovers who walked, faces turned to the shushing metronome of the surf. A single set of footfalls clattered nearby, interrupting our moment of impending passion. It was a woman dropping her keys and swearing in lightly- accented French. With a metallic tinkling, she picked them up and moved off into the night, leaving us alone again.
Reaching out, I took the woman’s thin hand tentatively as she leaned into me with beautiful but shopworn looks, tired under her makeup. A halo of dark curls was pushed back from her oval face with hair combs that were deeply burnished red, gleaming like rubbed bone. They looked regal in the careless way that beautiful women wear trinkets with quiet entitlement.
She had approached me in a bar an hour earlier as I sat alone nursing a comical umbrella drink and reading a paperback. I dress with purpose when I become someone else, leaving a riot of clues about my weaknesses and desires scattered on me. I hunch. I become meek. I mute my ego and become subservient to an affectation of absolute mediocrity.  A cheap, tacky sweatshirt and garishly new deck shoes completed my identity as a visitor, unsure of my surroundings and far from home. I added moping loneliness and an aura of desperation purely for effect. With my shoulders rolled in and my body language long on failure, women ignored me. I, in turn, avoided anyone who made eye contact until she sat down, sliding into the space next to me and settling quickly. She was very still except for her eyes. They were alive, but brittle and hooded.
Senya, she introduced herself when she calmly sat in my booth without invitation. There was no uncertainty in her motions as she drank one glass of wine while asking a mechanical litany of questions. Where was I from? Did I have family with me? Was I staying nearby? She delivered these in a throaty accent that was purely Eastern Europe, all while flirting with me in a listless way. I played the role of the flattered rube, and, when she asked me to leave with her, my eyes went wide, the shock of my good fortune lighting my face. I fumbled awkwardly to the door with her.
And now, here we were, in a shadowed place with the wind and water muted. Alone, or as much as you could be in public. She pulled me to her, and I inhaled her scents of red wine, foreign tobacco, and the lingering grit of the ocean. She opened her mouth and circled me with her arms, warming to the moment as we kissed. I felt her body begin to respond heatedly from our contact and winced with regret as my hand whispered upwards, burying the slim knife I had silently palmed deep into her ribs. She buckled and tried to pull back, but my arms locked on her like heavy stones resting in earth. Her eyes never opened as the poisonous blade wrecked her spirit, the silvered steel shooting through her without mercy, cutting the bond to her body forever.
Immortals are always surprised when they die. She was no different, judging by her open- mouthed, hiccupping sigh as I lowered her spasmodic body, eyes fluttering, to the concrete of the hotel patio. In seconds, she began to sublime, her ashes fleeing upward with tiny blue points of moonlight that left her dress an empty outline. I stepped back, looking at the dust of Senya, and began to turn away. In that instant, two obscenely fat moths fluttered down and began to delicately scatter her remains with their feet.
I have learned that killing immortals causes changes in my body. Maybe another executioner could learn how to fly, read minds, or bend a metal rod with their hands. I tend to think that each immortal death makes us better at what we know. For me, I grow faster, more confident. I know I am something more after fourteen years of killing their kind.
I still can’t fly, but one thing is certain. I’m very good with knives. 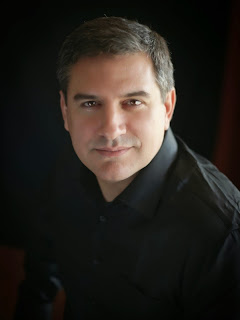 Author’s Bio:  Born in 1968, I discovered fishing shortly after walking, a boon considering I lived in South Florida. After a brief move to Kentucky, my family trekked back to South Florida, and it was at this time that I made the first of my Big Career Changes, breaking from my daily fishing habit to play the saxophone in middle school. I took this leap of faith under advisement from my Consigliore/ Grandfather, who assured me that this was the way to impress girls.
In a rare occurrence, he was wrong. This isn’t surprising considering he had been a Big Band leader in the 1930s, which, I have since learned, was a certainty for impressing girls. Middle School saxophone played by a cherubic pre-teen? Not so much.
I had the good fortune to attend high school in idyllic Upstate New York, where I learned the meaning of winter-- and how to seize the whole of summer.
After two or three failed attempts at college, I bought a pub. That was fun, because I love beer. However, I eventually met someone smarter than me (a common event), but in this case, she married me and convinced me to go back to school - which I did, with great enthusiasm. I earned a Master’s Degree in History and rediscovered my love for writing. I had written for most of my life, but it was only fatherhood and a herd of dogs/cats/etc. that gave me the time management skills necessary to finish a novel, and actually see several more in my future.


I live near Nashville, Tennessee with the aforementioned wife, son, and herd, and when I’m not writing, I teach history, grow wildly enthusiastic tomato plants, and restore my 1967 Mustang.
Posted by Crystal at 12:00 AM