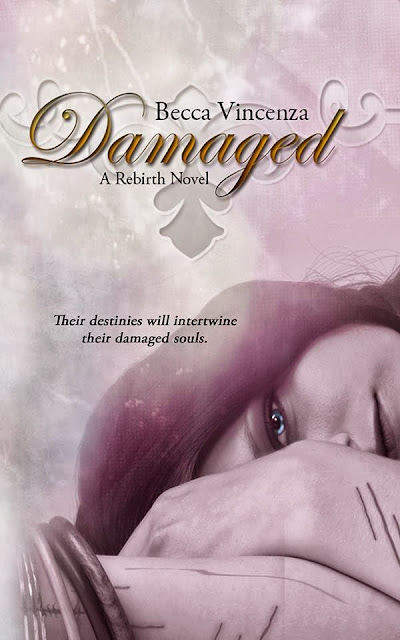 There are some beings in this world, long thought to be extinct. Some seek to protect them, others want control, but some . . .  some are hell bent on their destruction.

Audrey was taken from her father, hidden away from the world, and tortured for five years. She was rescued, but is she really safe, or is there someone else waiting to betray her? Can she trust those who saved her? Can she learn to accept who she really is?

Stone was on a routine mission to extract valuable information from a rival clan of paranormals. Instead, he and his team find something much more valuable: a scarred, damaged young woman who holds many secrets, and whose power is beyond anything they could ever have imagined. There is much more to Audrey than meets the eye and Stone is determined to protect her.

Audrey and Stone are about to find out it’s hard to know who to trust. 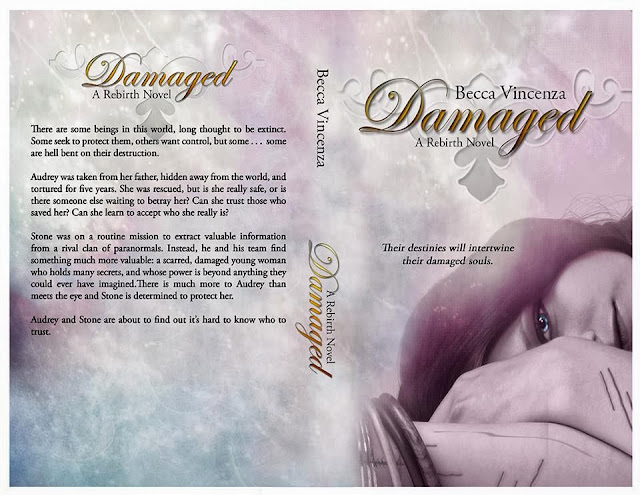 Excerpt:
“I deserved most of these scars. But…” My hand went instinctively to touch the one on my face, but Stone’s hand was already there, touching unflinchingly at the puckering, revolting scars.
“No, you didn't deserve any of these scars, especially these.” He leaned down and kissed each scar, length for length. I closed my eyes against the sweet attack. While he was holding me earlier, he laid me down now, his body lightly touching mine but never pressing on me. When I opened my eyes, his were a deep purple looking back at me. “You are the most stunning woman I have ever met.” He leaned down and kissed my lips this time. I lifted slightly when it felt like he was going to pull away. My hands moved to his hair. I understood why his hands had always sought out my hair, even when I didn't think he realized he was doing it. When we were at the cabin, which felt like weeks before, we would be sitting on the deck and his hand would be touching and lightly tugging strands of my hair. I never complained because it placed me into this relaxed feeling. Now I was touching his hair, feeling how it slipped past my fingers, leaving strange tingling feelings I couldn't stop.
Stone groaned and his body pushed lightly onto mine. His lips left mine, and when I tried to follow, he nudged my head back into place as he moved to kiss my scars again. He touched the damaged part of my lips and I felt his tongue touch every ridge. I shivered violently. I moved my head slightly so that I could kiss him back. He let me this time, allowing me to control the kiss, to take it at my speed. I was nervous, but I touched his lips with my tongue and he opened for me. I practically sighed when the taste of him flooded in. I pulled away first, trying to get air.
“Gods, I don’t ever want to stop kissing you.” Stone’s hand moved from my waist up. I squirmed lightly, feeling uncomfortable memories surfacing. I tried to push them away, reminding myself who I was with.

Author Bio
Oh jeez…do you know how many people I told I didn't want to write this? So here is the one my friend made me:

Becca Vincenza lives in wonderful Michigan. She has a love for Skittles, rainbows, Star Wars, *giggles* and Hot Men. She spends time in her basement with Airicka... Apparently that's where the best ideas come from.

Any who....she loves meeting new people, so feel free to message her on Facebook and friend her on Goodreads!

Although her phone number will not be given out because, well...she doesn't like heavy breathing.

So a sort of serious one: For real, I am a geek. I grew up watching Star Wars, and my father read Lord of the Rings to us, along with the C. S. Lewis series. I love to write. In all honesty, it took me a lot of work to get where I am today and I don’t regret a moment of it. Reading and writing are honestly the best things ever. I couldn't be happier that my parents put me through so much extra help. Anyways! Me, me, me…. Huh…I love paranormal stuff…Love it.