Trying to escape a horrific past, Shyla has immersed herself in life as a tough, sassy cop in the bustle of LA. When the case of a lifetime takes her back to her hometown of Redding , she is thrown into a world of organised crime, deceit, and bitter reminders of her childhood.

As Shyla’s path crosses that of Brennan, an unwitting and troubled sidekick to the ringleader she’s intent on taking down, she is forced to re-evaluate everything she believes about herself, her job, and what she knows about right and wrong.

Can she face the demons of her upbringing and learn to trust again? Her life will depend on it. 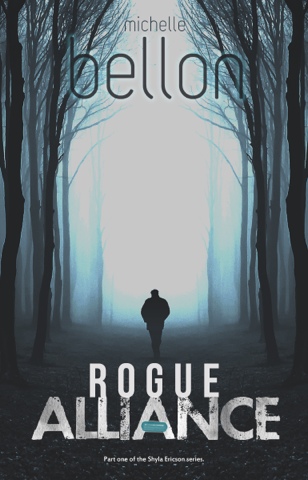 
He faded in and out of consciousness. Sound, light, and movement blended together until he couldn’t tell one from the next. Coherent thought was impossible; fragments of ideas filtered in then slipped through the sieve of his mind. He was weak, dehydrated, and starving.

The few who had ever met him took one look at his stocky build, and thought he looked plenty strong. He could see it in the way they looked at him with a mix of awe and fear. But he wasn’t strong in the way that he wanted to be. At the moment, he wasn’t even physically strong. They’d kept food and his supplements from him for over seventy-six hours - the longest period to date. Water was the only offering and even that had been the bare minimum. They wanted to see how powerful his need would be when triggered.

He had seen how intense his need could be and what it could drive him to do. All those other times, though, he had been in prime condition - healthy and agile. In his current state, he doubted he would be able to lift his head, much less give in to the power of his unnatural instinct. The doctor would be disappointed.

Serves him right, he thought.

Brennan heard the swish of the door open and close. His acute sense of smell instantly recognized the scent of Doctor Shinto and that of a stranger. Repulsion and hate flowed through his veins. The voices of his visitors drifted in and out. They spoke about him as if he weren’t there. He was just an object, an experiment. He wanted to lash out and crush the doctor. He wanted to give in to his need here and now, but with his ankles shackled and his wrists bound, he would do no such thing. Even if he had been unrestrained, he doubted that he could stand up, let alone end Doctor Shinto’s unconscionable life in his current condition. Instead, he let his head loll against the back of his chair and listened to the conversation at hand.

“Don’t get too close, Mr. Champlain. He can smell us. I don’t want him to be tempted.”

“Tempted, huh?” Champlain said, “he’s restrained and looks to be half dead. What threat could he be?”

Dr. Shinto spoke methodically. “He’s been without supplement or food for over 3 days. He’s had only 50ccs of water daily. He is extremely weak and dangerously dehydrated and will go into hypovolemic shock if he doesn’t get what he needs very soon.”

His voice was devoid of concern. The only inflection was a breathless excitement revealing the delight he took in his work.

What/who inspired you to become a writer and why did you choose the genre that you write?
The main thing that inspired me to write was my basic love for books and the stories within. I’ve been an avid reader, of most genres, for my entire life. I’ve toyed with the idea of writing a book for a long time but didn’t believe that I had the capability to do such a monumental task. In my mind, writers were always god-like. I mean, I’d wonder, how in the heck could they come up with such creative ideas and characters and then synthesize all of that information into a full, comprehensive story? It was just too amazing.

Then one night I had a dream. It was very vivid and when I woke up I knew it was a story that should be written down. So I got up and jotted down some notes then went back to sleep and that was that. The next day that dream haunted me. I knew it should be a book. But I doubted that I could do it. But after that dream came another dream and another. Finally, I decided to stop doubting whether or not I could do it and made the decision to do it anyway then wait to see what happened. Six months later I wrote THE END and couldn’t believe I’d done it. Granted, it was a complete mess and needed rewritten and edited within an inch of its life, but by god it was a book!

What was the title of the first book you've ever written and what was it about?
Embracing You, Embracing Me was the first book I wrote. It’s a young adult coming of age novel about a girl, Roshell, who grows up in poverty. Her perspective on love is skewed by the fact that she has been hurt and let down my men her whole life so she believes that all men lie, cheat, and leave. Those fears cause her to push away the people she loves the most. When she meets Gabriel she is instantly overwhelmed by her feelings toward him. It takes a lot of work but eventually Gabriel’s patience and love win her over. Almost. But she still can’t seem to quit pushing him away even though she loves him. When tragedy strikes, Roshell learns some of the hardest lessons that a person can experience. The question is, will she overcome her lifelong fears and finally accept that love that is being offered?


Are your characters inspired by real life people? If yes, who?
Not with all of my books, but yes, definitely with the YA. All of the characters are based on people that I know. In fact, most of the experiences in the novel are based on some of my own experiences. You’ll have to read the book to know more about that story. =)

If you could meet anyone famous, dead or alive, who would it be and why?
Elvis. My mom is a fan, like one of those really intense, over-the-top fans. So I grew up with his music and movies. It would be cool to arrange a meeting with him and make sure my mom was there. (Your mom and my Aunt would totally get along!)

What is your favorite time of year?
Summer! It’s filled with sun and swimming and shorts and barbeques and hot, late nights and romance and my birthday!!!

Favorite song of all time?
Silent Lucidity by Queensryche. (OMG me too!!!)

Favorite movie of all time?
It’s so hard to narrow it down. The Notebook is the best chick flick and I love most Tarentino films. (Mine is Labyrinth. LOVE David Bowie!)

Most annoying sound ever?
It’s not that it’s annoying but the sound of my children coughing is the worst sound. It means they’re sick and I don’t like that at all.  ( I totally agree!)

Most weirdest thing you've ever eaten and liked it?
Kim Chee. (I have some homemade stuff from my mom-in-law I can share =) )

Most lovable character you've created?
Loveable? Hmm, I’m not sure that I write loveable. All of my characters come with very real flaws. However, everyone loves Gabriel. He’s impossible not to fall in love with. And everyone really responds to Sabrina’s comic relief. These are both Embracing You, Embracing Me characters. (Think I need to check this book out!)

Anything new and interesting you are currently working on?
I’m currently writing the second book to my paranormal romance suspense, Rogue Alliance. I’ve also got three finished novels just kind of sitting around waiting for me to figure out what I want to do with. They just happen to be my favorite pieces of work and I’m very excited to see what happens with them.


Any book recommendations that I must absolutely must read?
Besides my own? Hehe. Just a few months back I read The Edge of Never. That was an incredible book. Excellent writing that took me through every emotion. I highly recommend that novel.

Michelle currently lives in the Pacific Northwest with her husband and their four children.

She earned her degree as a registered nurse in 2005, but found herself back in the home a few years later when she and her husband welcomed their fourth child into the world and so began her writing career.

She writes YA, romance suspense, and women’s fiction. She has published four novels and won the Pinnacle Book Achievement Award last year for her young adult novel. 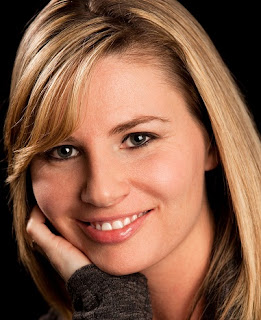 Email ThisBlogThis!Share to TwitterShare to FacebookShare to Pinterest
Labels: Interviews