Without Consent Release Day and Giveaway!

She found the first victim...Now she might be the next. 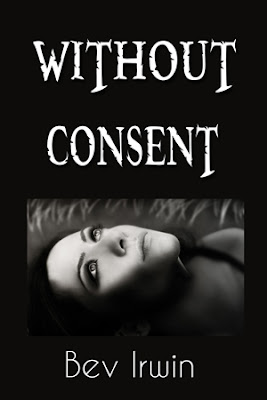 In South-Western Ontario a crafty, vicious psychopath is at work excising the kidneys of the women he abducts. Doctor Claire Valincourt, recently jilted, finds his first victim and assists with the autopsy. But little does she know the killer has his sights on her, too.
Relationship-jaded Detective Gerry Rosko desperately searches for a serial killer who is on a quest of his own—the hunt for a perfect kidney for the terminally ill mother he tends. Will Rosko track him down before Claire becomes his next victim? 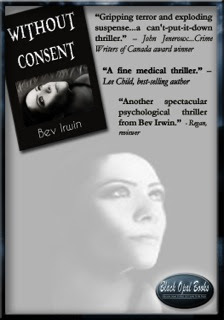 What an exciting day! And a contest too!

Another release day. Today is the day my medical / police thriller, WITHOUT CONSENT, comes out. So thrilled, I’m doing the happy dance. Glad you could come and join me.

What type of dance would you do? Jive, polka, rumba, or would you be refined and do a graceful waltz?
I’m doing a rock and roll. This is the fifth book in just over a year to be published which leads me to the today’s topic.

What to do while you are waiting for the train to stop at your corner?
The first thing you need to do is decide where you are going?

Do you have a specific genre you love to write and read? Or are you like me and like to genre hop?

I guess it’s my ADD but I like to multitask and I also like to flit from one writing project to the next. Not the most effective way to get the job done but it does keep things interesting.

Usually, I have several projects in varying stages of completion. Right now, in the romance genre I have a contemporary, a medical, and a suspense manuscript nearing completion. Another medical thriller with the same characters in WITHOUT CONSENT is partially written. I have three young adult novels in progress, one of them a sequel to my paranormal young adult, GHOSTLY JUSTICE with Daria and ghost, Amanda.

Now to just get them finished. But I have been so busy with edits and promotion for the books that came out this year that my writing time has been limited. I’m not complaining. It has been an amazing time. I’m so glad I’m ADD and had so many projects to pitch once the train stopped and let me get on.
So how did my journey begin?

It started with a pitch session with Savvy Authors in the summer of 2011. I pitched my medical romance, WHEN HEARTS COLLIDE to Debby at Soulmate Publishing and that book came out in December of the same year. At the same session, I pitched two books to Lauri at Black Opal Books and she contracted me for both of them! The first, my paranormal YA, GHOSTLY JUSTICE, was released in April, the second, a suspense with romantic elements, MISSING CLAYTON, came out in July.

Then, in October, Black Opal Books published IN HIS FATHER’S FOOTSTEPS, a middle grade/ YA, adventure. This book is about a boy’s survival in Northern Ontario while he searches for his missing father.

And, now today, (I’m doing a drum roll) my medical / police thriller, WITHOUT CONSENT, is being released. Wow! What a ride it’s been.

Now to get back to writing and finishing all those other projects and pray that they also find homes.

But I’m digressing. The point I’m getting at is that while you are waiting for that first amazing contract, you need to be writing, revising, writing, revising... It’s always good when you get a contract to be able to say, “Well, if you like that one...I do have...”

And there you go, possibly not only published but multi-published.

You write, you write some more. Keep that pen moving. You take courses, learn your craft, join on-line groups, go to conferences, meet other authors, network.

Go to conferences in the genres you like to write in. There are a ton of them out there and at different prices and lengths. You can find some that are an afternoon, a day, or even a week. Remember they can be a tax right-off when you do get published.

For myself I really enjoy a good mystery or thriller so I tend to go to conferences like Bouchercon (for writers and readers), Sleuthfest, Book Passages.

Network at the conferences. You never know what will happen. For me one of the most thrilling thing was chatting with Lee Child and him offering to read my manuscript and giving me the book endorsement: “A fine medical thriller.” Now how cool is that?
I’ve met so many wonderful writers at these conferences. You don’t harass them, you chat about life and interests. Respect them and their privacy, but don’t be afraid to approach them and say how much you like their books or their characters.

Do all the prep work so that when the train stops you are ready to leap on board with your bags packed with a variety of the best you can write manuscripts.

And keep dancing. I know I hope to.

Enter the Giveaway Below for a chance to win an eBook of your choice of one of my novels.

You can check out my other books and an excerpt of each one on my website: 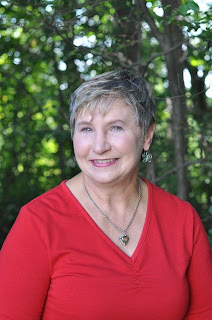 Award-winning author, Bev Irwin, lives in London, Ontario, with two cats. One that hid in her car when she moved from the farm and one dropped off by her daughter when she moved to Northern Alberta. Her three children have flown the coup, but her granddaughter, Jasmine, is a frequent visitor.
As a registered nurse, she likes to add a touch of medical to her romance and mystery novels. She writes YA, children’s, and poetry. She prefers spending time in her garden, writing, and reading to being in the kitchen.
Her debut novel, WHEN HEARTS COLLIDE, a contemporary romance, came out in December of 2011 with Soul Mate Publishing under the pen name of Kendra James. Her YA paranormal, GHOSTLY JUSTICE, was released in print and ebook by Black Opal Books on April 14th, 2012. MISSING CLAYTON, a suspense novel, was released July 28th. A youth adventure, IN HIS FATHER’S FOOTSTEPS, was released Oct 27th. A medical/police thriller, WITHOUT CONSENT, with a blurb from Lee Child as a ‘fine medical thriller’, will be released with Black Opal Books on January 26, 2013.
a Rafflecopter giveaway