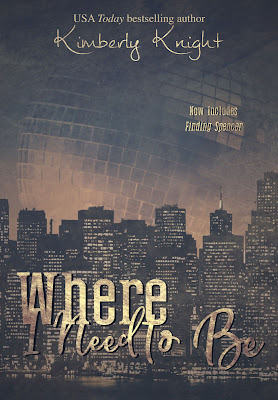 Blurb:
Spencer Marshall was done moping. After catching her boyfriend cheating with his secretary, she decides to have a girl’s weekend in Vegas with her best friend, Ryan. Lady Luck must be looking out for Spencer, because the hottie that has caught her eye at her new gym is on the same flight to Vegas.
Spencer is old-fashioned in the sense that she feels the guy should make the first move, but this hottie hasn’t approached her…until they have one hot dance in Vegas that leaves her questioning his motives.
Will her hottie finally speak to her, or will he continue playing a game of flirtation that may lead to nowhere? And will situations from their past keep them from taking the next step?
Despite what people say, not everything stays in Vegas, especially when you work out every day at the same time and at the same gym. 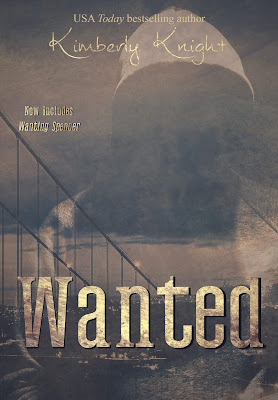 Blurb:
From the moment she first saw him running on the treadmill next to her, Spencer Marshall fell head over heels in love with Brandon Montgomery. After Spencer has a near-death experience she would rather forget, they do their best to move on with their lives, leaving their past behind them.
Thankful for a fresh start and eager to move on with her life, Spencer focuses on helping her best friend, Ryan Kennedy, plan her wedding. Everything seems to be going as planned when someone from Brandon’s past reappears.
Can Spencer and Brandon survive the coming days as they struggle to deal with ghosts from the past? 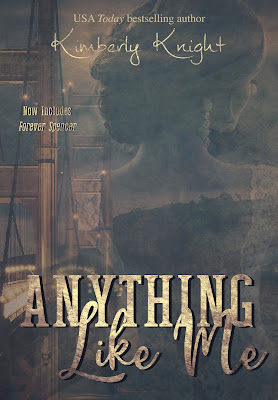 Blurb:
After walking in on her cheating boyfriend, fate led Spencer Marshall to the love of her life, Brandon Montgomery. Now she has a wedding to plan.
With hope that the demons from their pasts will finally leave them alone, Brandon and Spencer look forward to growing old together. Just as things are finally looking up, an unexpected houseguest arrives and stays much longer than expected.
Will their love be strong enough to overcome the bad influences of their new roommate and the emotional aftermath of dealing with the trial? And when an unforeseen tragedy strikes, can Spencer finally have the happy ending she deserves? 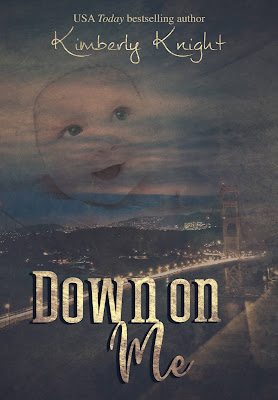 Blurb:
It started with a look …
That led to a hot and steamy dance ...
Brandon and Spencer have overcome many obstacles in their relationship including a crazy ex-girlfriend and a college classmate with a scary vendetta. Now a new adventure has begun.
Parenthood.
When Brandon goes back to work, Spencer is left feeling overwhelmed and scared that she won’t be a good mother to Kyle. Brandon knows deep in his heart that she will make a perfect mother because she has been a perfect wife, but he doesn’t know how to save Spencer from her desolations.
How will Spencer overcome her personal despairs to fight for her family? And what will happen when Brandon fears that his past isn’t quite done seeking revenge? 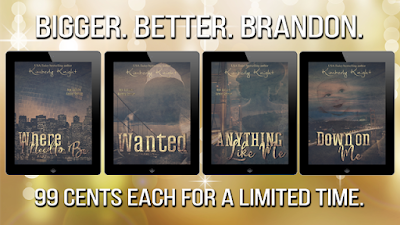 Having the entire series at my fingertips was a godsend! I was able to read all about Spence and her 2 week trial gym membership, meeting the man of her dreams, seeing things from Brandon's perspective, and get some inventory busted out for my shoppe. The series itself is sweet and sexy. I liked how when each book ended, the next picks right up where the story left off.

Kimberly Knight has true talent as an author and knows how to bring her characters to life. 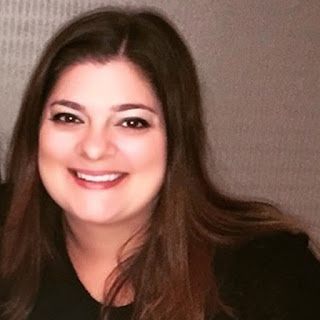 His fingers tightened against my ass as he pulled me even harder against him, causing my clit to rub in the perfect spot. My heart raced, my back was covered in sweat, and my panties dampened more while my center throbbed with an almost painful need for more pressure. I couldn’t believe the intensity of the feelings I was experiencing there in public with him, surrounded by what I knew was a club full of people. I didn’t want the song to ever end as I was lost in the moment of imagining it was only us on the dance floor. There was no Ryan or anyone else for that matter next to us. Just him and I in our own bubble knowing that at any moment, I was going to come apart on his leg.
And I did.
Before I realized it, my pussy spasmed and I came, jerking forward to lean my head against his chest to muffle the moan that escaped my lips as I climaxed. His hands grasped my ass tighter, and he kept me pressed hard against his leg. Our bodies continued to sway to the music while the sensation raced through me and I tried not to collapse in the middle of the dance floor.
If he had asked me to go up to his room at that moment, I would have said yes. I had never hooked up with a stranger, let alone in Vegas at a club. I had never had sex in public, never had an orgasm in public for that matter.
I didn’t care.
At last, we slowly stopped dancing. He was still pulling me hard onto his leg and his eyes locked with mine. He gave me his smile I remembered so well. I was trying to relax and let my heart return to normal, but looking into his eyes only made it race more. I still couldn’t speak—could barely breathe. A few seconds later, the song ended. He bent down, nuzzled my neck, and I could feel his warm breath against my skin as he whispered, “Thank you,” and then walked away.