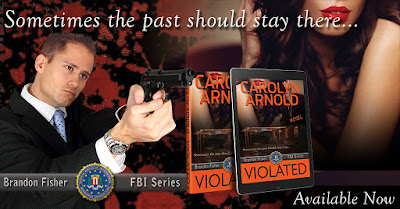 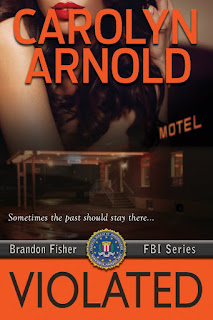 Sometimes the past should stay there…

The murder is one of the most heinous FBI agent and profiler Brandon Fisher has ever seen. But that’s not why he and two members of the team are rushing to California. The Bureau is interested because the prime suspect is one of their own, Paige Dawson.

But Paige didn’t go to Valencia to kill anyone. She had set out on “vacation”—her new lover in tow—only to confront the man who raped her friend twenty-some years ago. While the hands of the law are tied, she wants him to face the fact that he destroyed a young woman’s life and know that, as an FBI agent, she’ll be watching his every move. Yet, instead of accomplishing her goal, she wound up in the back of a police cruiser.

Now Paige must face off with a hard-nosed detective determined to stick a murder charge to a fed. But with the trained eyes of the FBI on the case, it’s becoming more and more obvious that the evidence lends itself to a serial killing, not an isolated incident. And as long as the local authorities are focused on Paige, the real murderer is still out there, possibly waiting to strike again…

Fans of Carolyn Arnold will definitely not be disappointed with her latest addition to the Brandon Fisher Series.
Violated can be read as a stand alone or as a continuation of the series. From the start, the story picks up speed as Paige is the prime suspect in a murder investigation. On vacation with her boyfriend, Paige lands herself in jail for being in a sticky situation with no alibi. From here, the story becomes intense as Paige proves her innocence as the murders continue.
Full of surprises, Violated is Carolyn's best work to date in my opinion. She clearly has done her research and could even pass as an agent herself! 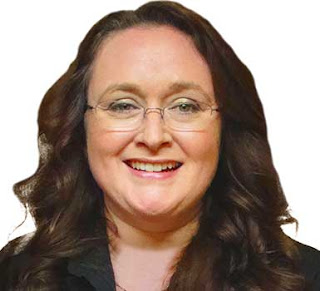 CAROLYN ARNOLD is an international best-selling and award-winning author, as well as a speaker, teacher, and inspirational mentor. She has four continuing fiction series—Detective Madison Knight, Brandon Fisher FBI, McKinley Mysteries, and Matthew Connor Adventures—and has written nearly thirty books. Her genre diversity offers her readers everything from cozy to hard-boiled mysteries, and thrillers to action adventures.

Both her female detective and FBI profiler series have been praised by those in law enforcement as being accurate and entertaining, leading her to adopt the trademark: POLICE PROCEDURALS RESPECTED BY LAW ENFORCEMENT™.

Carolyn was born in a small town and enjoys spending time outdoors, but she also loves the lights of a big city. Grounded by her roots and lifted by her dreams, her overactive imagination insists that she tell her stories. Her intention is to touch the hearts of millions with her books, to entertain, inspire, and empower.

She currently lives just west of Toronto with her husband and beagle and is a member of Crime Writers of Canada.

And don’t forget to sign up for her newsletter for up-to-date information on release and special offers at http://carolynarnold.net/newsletters.

PAIGE WAS TAKEN BACK TO the Santa Clarita Sheriff’s Station and tossed into an interrogation room after being carted through the station like a prized trophy in cuffs. They had a murder suspect in custody, and she was a fed. No one was talking to her; they talked around her. Her question about what made her a murder suspect had so far gone unanswered. She’d be able to provide an alibi, but they obviously weren’t ready to hear it.

The buzz of the fluorescent light dangling overhead droned steadily. The white brick walls begged for a splash of color, and the table was a veneer top with silver metal legs. There was a plastic bucket chair on each side of the table. She pressed her fingers to the tabletop as she took a seat, and the table wobbled. Shifting her weight, she tried to find a comfortable position, but it was impossible. The seat bit into the back of her legs, cutting off her circulation.

But she refused to stand and let the detectives witness her discomfort. She guessed there were probably at least three sets of eyes on her from behind the one-way glass—the two detectives from Ferris’s house and their sergeant. They’d surely be discussing how she was found in a dead man’s home. But it wasn’t like Ferris’s body was in his house. All she was really guilty of was trespassing. If they’d just listened to her, she could put this sordid mess behind her.

She glanced at the walls for a clock but there wasn’t one. How long had she been in here? An hour? Or did it just feel like that?

She knew what they were doing, as she often played the same game in her career. Delaying an interrogation was a tried-and-true method. Toss the suspect into a dank room for long enough, and even the innocent would start to doubt their innocence. But these detectives were foolish if they thought they could manipulate her. She had nothing to hide.

The door opened, creaking on its hinges, and she tucked the necklace beneath her collar.

Two men entered the room. There was a stark age difference between them, and the lead detective was easy to identify. He was in his fifties with silver hair, while the rookie was in his late twenties—tops—and had a thick mop of dark hair and bushy eyebrows.

She should ask for representation, but something about doing so would make all this more real. Surely, she’d have an alibi to provide. She just needed to know Ferris’s time of death and location.

She swallowed, wishing away any motive she’d have for killing Ferris. Maybe the time she had spent sitting in here actually was playing with her mind.

The senior detective slapped a file folder on the table and made a show of opening it while keeping his greenish-gray eyes on her. His gaze was cold.

The rookie walked behind her and stood to her right. He emitted a cocky assuredness that seemed fueled by the need to prove himself, and he would use her flesh to advance his rank.

Rule one, don’t speak first. It would prove that their tactic had weakened her, and she needed to retain all the power she could.

“I’m Detective Grafton, and that there is Mendez,” said the older one. The fine lines around his eyes seemed more dominant as he narrowed his gaze on her, and his wrinkled brow indicated a rough life. The leathery appearance of his skin suggested either a health condition or an alcohol dependency.

Grafton sat in the chair across from her, leaning back casually and clasping his hands in his lap. His eyes locked on hers, assessing, trying to get a read on her. But while he analyzed her, she did the same to him. She recognized the lick of flame in his gaze. He was hungry for a conviction—and to stick it to a fed probably only made her more appetizing.

After letting the static build between them for about a minute, Grafton spoke. “According to your background you’re an FBI agent. Is that correct?”

“Yes.” He had asked a question he knew the answer to, as he’d stripped her of her ID and badge at Ferris’s house. This was a detour, and she wanted to get things moving and get out of here. “I can explain why I was—”

Grafton held up his hand and settled farther back in his chair. The shift in weight caused the cheap plastic to groan against its metal frame. “I’m sure this was all a misunderstanding. You were at Hall’s house because he was the suspect of a crime?”

It didn’t surprise her that Grafton would approach things this way. It was probably another reason the detectives had taken so long getting into the room—they were debating strategy.

“But that wouldn’t explain why he was found murdered this morning,” Grafton continued. He gave it a few seconds. “Do you have anything to say about that, Miss Dawson?”

“Where was Ferris found? It obviously wasn’t in his home,” she said, trying to rush the detective along.

An expertly laid-out accusation to tempt her to speak. Dirty cops really ruined it for the good ones who fell into question. Like criminals, law enforcement officers accused of a crime were also presumed guilty.

“I can always call your supervisor”—he tapped his hand on the file—“Jack Harper.”

The threat was to elicit a reaction from her, panic or guilt or anything, really. And it almost worked… Her mouth fell open, but she snapped it shut.

“Huh, nothing.” Grafton directed the comment to Mendez, who was still standing behind Paige.

Paige glanced back at him. His face was relaxed, his features stoic.

“What were you doing in Ferris Hall’s house?” Grafton barked.

“If you had listened to me earlier, you’d know his back door was already open, and I was concerned about his safety.”

“Come now, Miss Dawson, one LEO to another… You must have had a good reason to be at Hall’s house. Your record is impeccable.” He referred to the file. “A total of seventeen years with the FBI. I wouldn’t even guess you were old enough.” Grafton gave it about twenty seconds and then went on. “A total of eleven years with the office in New York, then one year as a training instructor at the Academy, and for the last five you’ve been with the Behavioral Analysis Unit.” He peered up from the report and met her eyes. He had managed to soften his gaze, as if he’d found some empathy for her, but she knew better than to accept this display as genuine.

“When was time of death?” she asked.

“Last night between ten and midnight.”

Her pulse quickened as anxiety started to fill her. That was around the time she had followed Ferris. She’d have no alibi.