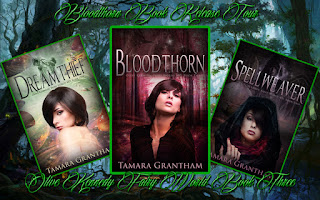 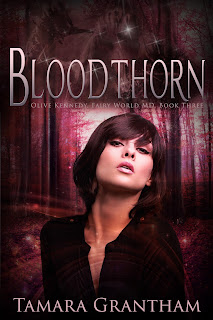 Olive Kennedy doesn’t believe in fairy tales.
In a desperate attempt to earn income, fairy world therapist Olive Kennedy resorts to finding clients at the Texas Renaissance Festival. When she discovers the corpse of her client’s husband discarded in her booth, she realizes that earning her next paycheck is the least of her worries.
As more of Olive’s clients fall prey to the killer, the fairy prince and princess arrive from Faythander with troubling news. The starstone—the fairies’ source of magic—has been stolen, and the thief is hiding on Earth. The bloodthorn, a mythical beast born of fairy legends, is rumored to be responsible, but no one is certain if the creature exists.
Of course, the fairy royalty do not travel alone. Their protector happens to be the one man Olive never wanted to see again. Her ex—Kull.
Following a trail of clues, she learns that the killer may be a shape shifter. Worse, she learns the identity of his next target—her.
After months with no contact from Faythander, Olive hoped the magical drama was over, yet it seems she’ll never escape the beings who haunt her nightmares… or be free from the man who took away her happily ever after.
Buy Links:

It was a glorious day, with not a single cloud in the sky, as if, when I looked up, I could see all the way to Heaven. The blueness of the sky was striking, crystal clear and perfect, almost depthless. I felt small under the sky, yet somehow large at the same time.

Win A CTP Mystery Box!!!
Please note, mystery boxes are shipped to US addresses only. International winners will be offered their choice of 3 CTP eBooks in lieu of the mystery box. 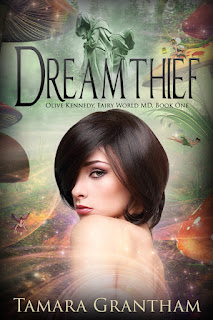 Visiting Faythander is a nasty business. Forget the fairies and unicorns, most people come back with lost memories and mental problems. Olive Kennedy knows. She's the therapist who treats patients suffering from Faythander's side effects. Despite her empty bank account, she takes pride in her job as Houston’s only Fairy World medical doctor. She's never failed to cure a client—until now.\

Traveling back to Faythander wasn't on Olive's to-do list. But she has no choice. The fate of both Earth and Fairy depends on her ability to stop an ancient being called the Dreamthief. To complicate matters, she may be losing her heart to someone who can’t love her in return. Saving the world, she can handle. Falling in love—not so much.

As if battling the forces of evil wasn't difficult enough… 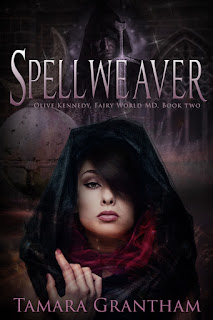 Olive's to-do list: Feed the cat. Pay the rent. Save Faythander. Again.
After Olive's last trip through Faythander, she wants nothing more than a nice vacation. But there's never time for relaxation when goblin treachery is afoot. When Geth, a goblin Spellweaver, destroys the Everblossom—a tree containing Faythander's pure magic—the fairy-world utopia begins to die. The bloom of the Everblossom is all that remains of pure magic. Now Olive must travel through Earth and Faythander to find a place where it will flourish.
As a psychiatrist, her skills are top notch. However, her abilities to handle patients with abnormal mental behaviors will be put to the test when she confronts Geth. Nothing has prepared her for what he reveals to her about goblins and elves. As Olive's quest takes her from her home in Houston through the most dangerous places in Faythander, she learns that history is a muddled subject, especially when elves are involved.
Her only comfort comes from Kull, her Viking warrior sidekick—who somehow negates her bad fortune. Yet how long can their relationship last when his past is brought to light? Olive will be tested beyond anything she has endured so far, as the secrets of Faythander's sordid and bloody past are exposed—one that could irrevocably alter the future and destroy the lives of everyone she loves.
Buy Links: 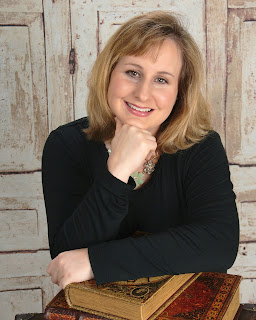 Tamara Grantham was born and raised in Southeast Texas. She earned a Bachelor’s degree in English from Lamar University. After marrying her husband David, she followed him through his training to become a burn surgeon, which consisted of moving from Vidor, Texas to Galveston, Texas, then to Tulsa, Oklahoma, back to Galveston, and they finally settled in Wichita, Kansas. Tamara and David have five active, sweet, and almost always well-mannered children, ages zero to ten years. Their two pets, June—the Jack Russell Terrier, and Chester—a black cat, help to keep the house lively (in addition to the children.)When Tamara isn’t writing or tending her children, she enjoys taking walks through the woods, eating chocolate, and very infrequently, she enjoys a good night’s sleep. Check out Tamara's website at: WWW.TAMARAGRANTHAM.COM