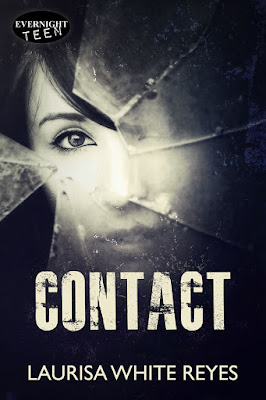 Blurb:
Mira wants to die. She’s attempted suicide twice already and failed. Every time she comes in contact with another person, skin to skin, that person’s psyche uploads into hers. While her psychologist considers this a gift, for Mira it’s a curse from which she cannot escape.

To make matters worse, Mira’s father is being investigated for the deaths of several volunteer test subjects of the miracle drug Gaudium. Shortly after Mira’s mother starts asking questions, she ends up in a coma. Although her father claims it was an accident, thanks to her “condition” Mira knows the truth, but proving it just might get her killed.

Contact was an intriguing read. At first, I wasn't sure what to expect. With Mira's ability and the mystery of how she came into her gift, the story takes on a life of its own. At first, I thought I knew who the bad guy was, but I was so wrong. I would say that Contact is a Sci-Fi mystery with a hint of romance.

After earning her B.A. in English in 1995, Laurisa White Reyes spent many years writing for newspapers and magazines before gathering enough courage to live her dream of writing novels. Contact is her third published book. She is currently pursuing her Master’s degree in creative writing, is a book editor for Hamilton Springs/Xchyler Press, and is the Editor-in-chief of Middle Shelf Magazine. She lives in Southern California with her husband and five children. 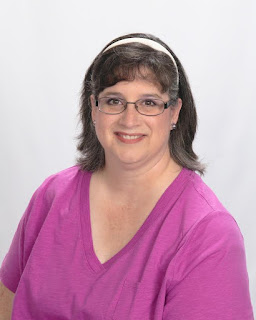 A tube runs from an IV bag into my arm, the plastic needle burrowing under my skin like a tick. Thank God I was unconscious when they put that in. I cringe at the thought of being deluged with so many psyches at once—paramedics, nurses, doctors, all of them touching me.

Where are my clothes? They must have taken them off when I was out. This flimsy gown can’t protect me. I want to tear off the tape securing the IV tube to my skin, rip it off like a Band-Aid. I want out of here, but then I see Mama sleeping beside me, her body sloped in a plastic chair. I shouldn’t have done this to her again. But I had to try.

A plastic clamp pinches my finger, connecting me to a heart monitor. Three inches further up, my wrist is wrapped in gauze. Two months ago I would never have had the courage to do this—or any reason to. But now, feeling the staples beneath the bandage, I wonder how deep someone has to cut in order to die?
The curtain jerks back, the metal rings dragging across the ceiling rail. Mama snaps to attention. I half expect her to stand and salute.

“Miranda Ortiz?” says a woman in a beige linen suit and crisp white blouse. She is thin, stiff, and colorless. She reeks of gardenias.

“I’m Dr. Walsh from Mental Health,” she continues. The plastic laminated nametag hanging from her neck confirms this.
Dr. Walsh extends her hand, but instead of taking it, I grasp the edge of my sheet and pull it up to my chin. Other than this stupid hospital gown, it’s the only barrier I’ve got right now.

Mama stands up and reaches over the bed to shake the doctor’s hand. “I’m Mira’s mother, Ana,” she says wearily. She starts to sit back down, but Dr. Walsh interrupts.

“It’s a pleasure to meet you in person, Mrs. Ortiz. However, I’d like to speak to your daughter alone, if that’s all right.”

Dr. Walsh is insistent, in a polite sort of way. Mama leans toward me, and for a split second I think she’s going to kiss me goodbye. Though deep down I almost wish she would, instead she offers me her gentle smile and tucks the sheet under my shoulder.

Mama brushes a strand of hair from my eyes with her manicured fingernails, careful to avoid contact with my skin. She smiles at me, but her eyes are wistful. As she walks out, my insides tighten up, and I suddenly realize how much I’ve missed her touch. My instinct is to cling to her like when I was small, but instead I press my arms stiffly to my sides like a corpse.

A security guard opens the door and accompanies Mama out into the hall. Dr. Walsh takes Mama’s empty chair, crosses one leg over the other, and lays a clipboard on her knee. “So,” she begins, “you cut yourself last night. Is that right?”

Her voice is casual and smooth, as if she’s just asked me what I ate for dinner. She waits for me to respond. When I don’t, she glances down at her clipboard. “I understand it’s not your first attempt. You were here a couple of weeks ago, I see. Overdose, but no permanent damage done.”

She glances up at me, pausing in case I have something to say.

“Mira, what happened that made you want to die?”

Her perfume hangs heavy around her. I rub the sheet against my nose, trying to block out the overpowering smell and the awkward silence between us. It’s obvious she’s going to sit there for as long as it takes. I want her gone, so I might as well talk.

“My boyfriend wants to dump me,” I tell her, and it’s true. Sort of.

“I see,” she says. Her eyebrows lift a little. “Things aren’t going well between the two of you?”

Her eyes narrow as she looks at her clipboard again. She thinks she’s got me all figured out. She’s met a hundred kids like me, maybe more. To her, I’m just like all the rest.

“Mira, do you mind if I ask you some questions?” She looks up at me, a trace of a smile on her lips. “Your answers will help me understand what’s happening with you, all right?”

She begins with the same questions Dr. Jansen asked me the last time I was here: Do you have trouble sleeping? How’s your appetite? Do you feel anxious or sad more often than usual?

She’s so pale with her white skin and bleached hair. Craig’s skin is light like hers. I used to relish his touch and let his lips linger on mine as long as he wanted. My skin tingles just thinking about him, but I shove the memories back, burying them down deep inside me where they belong.

Dr. Walsh shifts in her chair, drawing my mind back to the present. “Mira,” she continues, “do you believe you have special powers?”

Beneath the sheet my arm jerks, and the clip on my finger pops off. The monitor lets out a loud, piercing beep. I pat around the mattress, but I can’t find the clip. Then I see it dangling over the side of the bed. I reach for it, but Dr. Walsh gets to it before I do.

I squeeze my eyelids shut, bracing for impact as she grasps my wrist in one hand and replaces the clip with the other. It takes only half a second, like those commercials where a crash test dummy rockets forward at high speed and slams into a wall. In that instant every thought in Emma Lynn Walsh’s head collides with mine—every thought, memory, hope, disappointment, and dream. They come at me like a hailstorm, assaulting me at random. I see her as a child falling off her bike and scraping her knee, and her father scolding her for forgetting to brake. I see the wedding ring slide onto her finger—her yanking it off and flushing it down the toilet. I feel despair at her mother’s funeral and relief at her father’s. She masks so much pain with poise and self-assurance, but beneath it all she’s a mess.

I open my eyes to see Dr. Walsh peering at me, a puzzled expression on her face.

“Let—go—of—me,” I order though clenched teeth.

Dr. Walsh releases my wrist. I turn on my side, rolling up in the sheet, attempting to disappear into my cocoon. I hear the chair legs scrape against the floor as Dr. Walsh slides it closer to my bed.

I stare at the bottom of my IV bag, watching clear drops form, preparing to fall into the tube. One by one they hang there for a moment suspended in time, and then plop!

I glance over my shoulder and look at Dr. Walsh. Her smile is gone. Both feet are on the floor, and she’s holding the clipboard up now, like a shield. There’s a yellow Sponge Bob sticker on the back, staring at me with a goofy, wide-mouthed grin.

“Okay, Mira. Why don’t we get back to your boyfriend? You said he wants to break up with you. Why?” Dr. Walsh’s tone has changed. It’s softer now, more sympathetic, but what can I tell her that won’t sound crazy?

“I won’t let him touch me anymore.”

“So he told you he wants to break up with you?”

“No. He hasn’t said anything—yet.”

“Hasn’t said anything.” Her voice holds a note of confusion. “Then, how do you know?”

She dangles the question in front of me like the proverbial carrot, hoping to draw me out. I don’t want to talk anymore, but something inside me needs to. Maybe part of me believes there is a chance, no matter how slight, that this woman might be able to help. That’s how desperate I’ve become.

I open my mouth to say something, but I can’t. Instead, I just lay there wrapped up like a mummy, someone who’s dead inside. Only I’m not dead. I’m alive. Too much alive.

Just then a nurse comes into the room to check my IV. “Are you comfortable, Ms. Ortiz?” she asks. “Your father called a bit ago. I assured him that if you needed anything, anything at all, I’d see to it myself.”

The nurse, a plump middle-aged woman wearing purple scrubs, glances at Dr. Walsh and reacts as if the good doctor had just magically appeared there.

I hear the snap of the clipboard’s metal clasp as she tucks her pen into it. Walking around the side of my bed, she gives me a conciliatory smile. “All right, Mira,” she says. “I’m going to have a word with your mother about getting you admitted. I need you to be somewhere safe, where we can keep an eye on you for a few days.”

As Dr. Walsh turns to leave, I find my voice again. “If you hate them so much, why smell like them?”

“Pardon?” She turns, pausing at the door.

Her lips turn pale as she presses them together. I don’t want to do this, but I need her to believe me. My voice chokes when I say it. “It’s your mother’s perfume.”

Dr. Walsh’s eyes glisten, and hurt and confusion fills her face. Without a word, she turns and walks through the door, taking the invisible gardenia cloud with her.