One Foot Outside the Door Release Day Blitz!!! 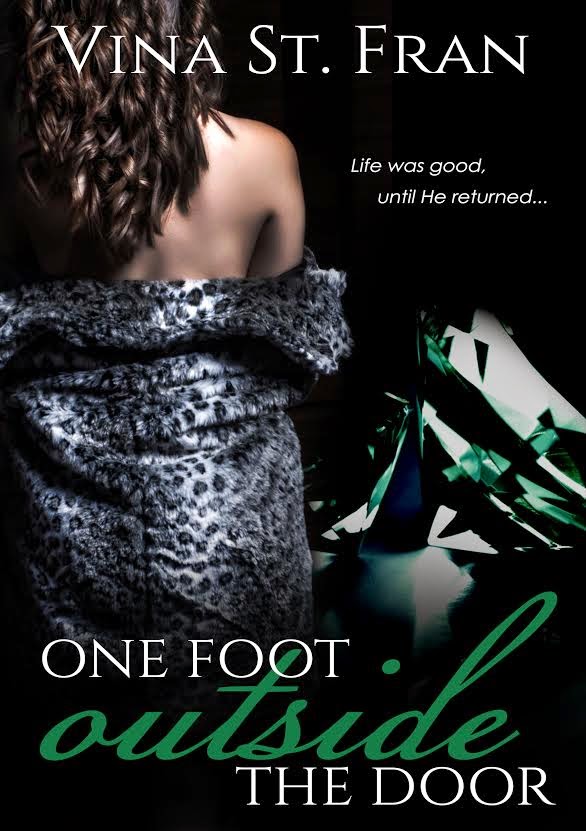 Title: One Foot Outside the Door
Author: Vina  St. Fran
Genre: Contemporary Romance
Hosted by: Lady Amber's Tours
Blurb:
Good lovin’ is easy...But true happiness is harder to find...
To anyone on the outside looking in through the door of Cyndarella Worthy’s life, it looks like
she’s got it all. At thirty-two, she’s beautiful and successful, with a handsome brother lover, Thad Mitchell. But deep in her heart, she holds a
candle for Bashar Bazzi, the Chaldean immigrant she loved ten years ago. Bashar left for Iraq and she never saw him again, and she assumes he made a marriage within his own community without a backward glance.
Cyn’s girlfriends, Tavie, Denise and Vette, know that their sister still carries the scars of Bashar, but they pray she’ll find love and peace with Thad. Anyway, they’ve got issues too: Tavie’s dating smart school principal, Mack Dooley, but
she can’t escape the rumors that he’s playing around; Denise’s marriage to Sean is under pressure because she hasn’t conceived a second child; Vette’s dating an older guy, Louis
Burns, but wonders if she’ll ever get a ring on her finger.
When Thad proposes to Cyn and she accepts, it looks like this sister’s finally on her way to true happiness. But no sooner are the celebrations done, when there’s trouble—Bashar Bazzi is home, and he’s ready to settle his unfinished business with Cyn...