From the author of the Finding Our Way series comes a new story. 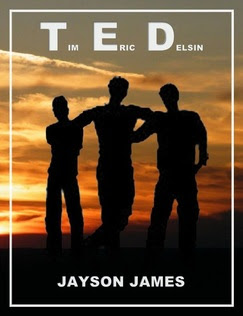 Tim is being bullied. No one in high school wants to be known as a tattle-tale and to do so would only make things rougher for him. The repercussions would most likely make him an outcast, and without any friends.

Eric is frustrated with life. His parents are overbearing and if they ever knew the person he really was, they would throw him out of their house. His friends are not much better, they only like him when he is who they expect him to be.

Delsin is gay and ready to come out.  Unfortunately, life at home is on the brink of falling apart with his parents constant fighting. Admitting the truth could bring his whole world crashing down around him.

Each of these three needs to decide whether the risks of being honest about who they are outweighs the importance of being true to themselves. This could mean ruining life as each of them knows it. Maybe it is better to remain miserable in order to play it safe. On the other hand, doing nothing doesn't seem to work either.

Look for T.E.D. by Jayson James on Amazon.

And be sure to connect with Jayson James.