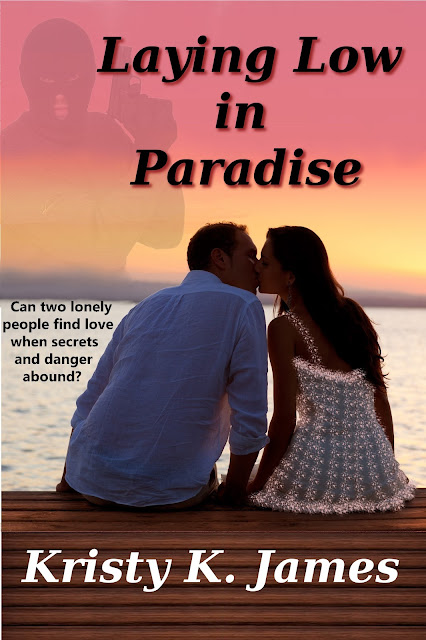 Laura Keane and her son have been spending summers at their chalet on Bois Blanc Island since her husband was killed in the war. She never let anyone else in after the chaplain delivered the sad news four years ago, so it’s just the two of them, and she wouldn’t change that for the world.

Cameron Rafferty and his friends were keeping secrets. Dangerous secrets, and they’d hoped the little island paradise would be a safe place to hide out. The plan to keep a low profile quickly unravels when an accident changes everything. Cameron soon finds himself becoming more involved with the Keane family than he’d intended -and wishing for things he shouldn’t.

Laying Low in Paradise kept me wondering what the big secret was. When it was finally revealed, I was SO not expecting it.
Written and set beautifully, Kristy is very descriptive with her scenes and has excellent dialogue between the characters.
My only complaint is the copy I received had duplicated sentences at page breaks a couple of times. This error did not take away from the story what-so-ever.
Thinking the worst case scenario for Laura and her son Sam by getting involved with the neighbors, I really felt for them. Not knowing what the big hush hush was all about and the mention of being a fugitive at one point made me instantly think "mafia".  But I couldn't have been further from the truth.
I really enjoyed reading Laying Low in Paradise and recommend it to those who like light romance and chick lit. 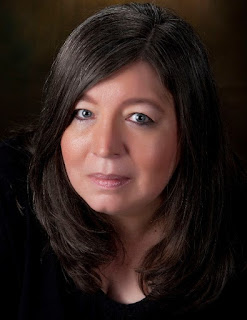 All it took was the encouragement of a student teacher in a ninth grade writing class and Kristy K. James was off and running. She has been writing for more years than she’ll ever admit to, and loves every aspect of it. From creating characters who are so real that they sometimes take over the writing when they don’t like where she’s taking a story, to adding as many twists and mysteries to her plots as she can get away with.

She is the author of Reluctant Guardian, A Fine Mess, and The Stranger in my Head.

Kristy currently lives in Michigan with her family, too many pets and the occasional spider. She spends her time living in her make-believe worlds, cooking and baking up a storm, and doing her best to learn to say ‘no’ when stray animals wander into her large country yard.

Reading is one of her favorite pastimes, as is traveling around the state, especially to coastal beaches to enjoy the sound of the waves crashing on the shore and gulls screeching overhead.