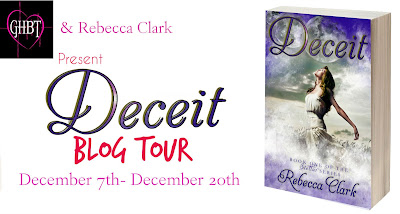 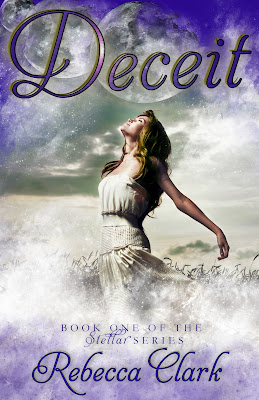 Alexa Jenkinson is a self-appointed class nerd with no friends. Lately her only excitement comes in the form of a tall, dark and handsome Greek like god, which visits her every night in her dreams. On top of the strange dreams she can't help but think she's leading the wrong life. She believes that her reality is the average teenager’s worst nightmare. When the popular boy at school begins to show interest in Alexa, she thinks her luck just might be changing. Until the unthinkable happens, the boy in her dream appears and everything changes. Now she must navigate through the lies and relationships she believed to be genuine in order to find the truth.

It melted his heart staring down at his little girl tucked into bed. Who would have thought the galaxy’s militia leader would have a soft spot? In the nearly three years since the birth of his daughter, he had walked a fine line between keeping her safe and exposing the truth.
This moment had been coming for some time. However, he hadn’t realized just how hard it would be to let go. He wanted to hold onto her forever, but he knew he couldn’t. Keeping her safe was more important than keeping her.
He leaned down and kissed her forehead, inhaling the scent of her baby shampoo as the blonde flyaway hairs tickled his nose. That familiar smell made his heart swell.  How do you go from being truly happy to alone? He wondered how he was supposed to walk away from his everything.
Before he left the room, he switched on her favorite moon and star night-light. Turning around, he saw her big green eyes staring back at him. It broke his heart to think this was the last time he would be tucking her into bed. He wished with everything he was that he could freeze this moment in time. He wished he could wake up and spend just one more day with her. But he knew he couldn’t.
“Goodnight, Daddy. I love you.” She flipped onto her side and cuddled her stuffed bunny under her nose. The covers came up to her shoulders, and all he could see was her fine, blonde hair.
“I love you, too, baby girl.” He always replied the same way, and he wouldn’t change that tonight. He didn’t want her to think anything was different. Selfishly, he wanted to remember her just this way—safe and happy.
He watched her from the doorway as her breathing settled into a rhythmic pattern, then exited her room and pulled the door shut behind him. There was no other option. He had to leave her. Being around her created an unsafe environment. Deep down, he knew this would be harder for him; soon, she would forget him, but he would always be thinking of her, forever.
The realization hit him that if he saw his daughter again, she would be much older and the damage would be done. She would know that he’d left her and she might never forgive him. However, that was the chance he had to take. No matter what he chose, there would be enough regret to last a lifetime.
Often, he wondered what would have happened if he hadn’t taken his daughter away, if he’d told his wife the truth. Would she have changed her evil ways? He kept replaying the last day he spent with his wife over and over again in his head. They were the power couple, Kalus and Queen Alala. He couldn’t help imagining the fairytale that could have been. But there was more to it than that, and he had to focus on the facts. Relying on emotions or contemplating what could have been was useless.
He had to face his future, a future without his daughter.
“Please take care of her. My daughter is everything to me. Protect her with everything you are.” His voice cracked.
“You know I will, Kalus,” she replied.
“I trust you. That’s why you’re here. I know you’ll love her as I do.” He tried to smile, but he couldn’t overcome the despair that washed through him.
“I’ll do everything in my power to protect her,” she said gently, trying to comfort him with her words. “She will feel love because I love her like I would my own child.”
That fateful night when she’d helped him stage his own daughter’s death now wove the three of them together. Indeed, once it was safe, they’d fled together, leaving a trail of lies to cover their tracks. He took a few steps back and glanced over at his daughter’s bedroom door, then solemnly strode toward the front door, all while the pain of losing his daughter bore a hole right through his gut, leaving him breathless. The only thing that kept him moving was the well-being of his daughter. If they found him, they would find her. He knew that would be worse than leaving her here to live her life.
Here, she had a chance to be happy, even if it wasn’t forever. If they found her now, he knew she would only become a bargaining chip, and go to the highest bidder.
“If an emergency arises, you know how to reach me. When and if that happens, there will be no going back,” he warned. “The life you live here will be over.”
She nodded curtly to show her understanding.
He opened his arms and enveloped her. Even though she was slight, he knew she could protect his daughter. Her training had been thorough and systematic, giving her the tools to protect herself and now his daughter. “Goodbye,” he whispered, “and thank you for all that you have done, and for all that you have left behind.” He kissed the top of her head and slowly crept away from her bed. He didn’t wait for a response. He left and didn’t look back.
She watched from the window as he disappeared into the darkness. She knew the task that lay in front of her would be anything but easy. She also knew she would die before she let anything happen to that innocent little girl. 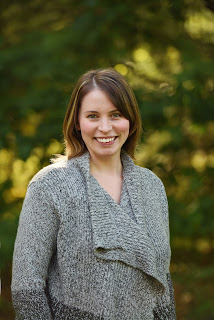 About the Author-
Rebecca Clark is a mother, wife, and science teacher. When she can steal away some quiet time, you will find her reading or following her passion—writing. She enjoys writing young adult fantasy and paranormal romance. When she is not taking care of the family, working, reading, or writing, she enjoys traveling and being with her family and friends. This is the first book in the Stellar Series, and the second book—Disorder—will be out Summer 2016.