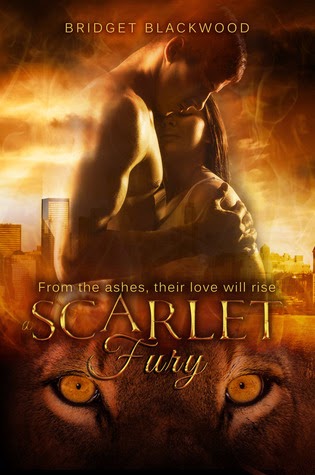 It has been almost a year since mankind became aware of the world in shadows. It's been an adjustment, but life goes on and most have learned to adapt. There are some on both side that are not ready to let go of their plans. Madalaina Bonvillian believed nothing could harm her; she's the daughter of the former alpha and the sister of the current alpha, who would dare? After surviving a brutal attack, Madalaina must try to move forward, but where do you go when you feel like you've lost yourself? Cleary Neil has kept his feeling for Madalaina to himself. He's been her friend, and now that's what she needs more than anything. The only problem is he can't shut off the part of himself that wants to protect his mate from the pain and confusion he sees in her. Together they will go on an emotional journey to find out if love can heal all wounds. Time is of the essence, because enemies are gathering. 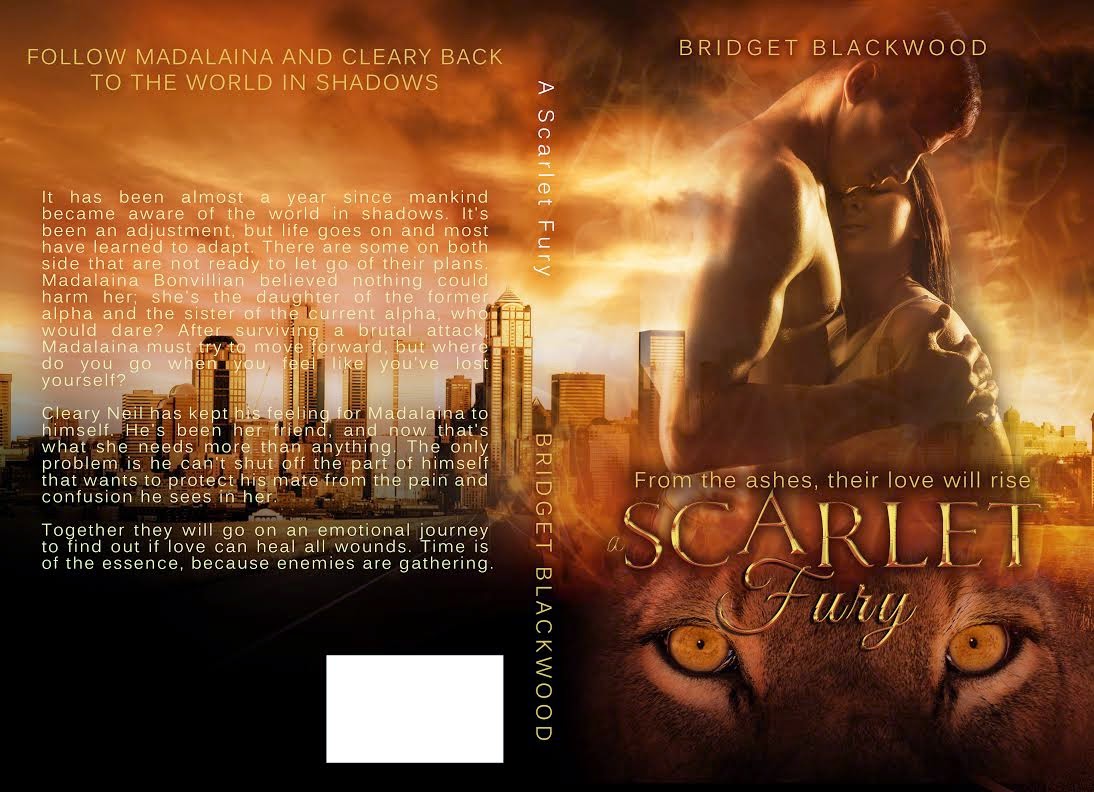 I sat on the screened in back porch, and watched the wind send ripples across the lake. It was after midnight. The only light shining in the darkness was from the moon. A loon serenaded me from the water and occasionally I’d hear wolves calling to each other. All in all, it was peaceful. The trees around the back of Athan’s cabin were thicker, growing closer together. I smelled the fresh pine scent more out here than I did when I was out in the front yard.

The weather was turning cold. Soon it would be sweater weather. I’d have to go into town to buy one or remain inside. I wasn’t ready to deal with crowds or people yet.
Staying inside won’t be too terrible. Sure, keep tellin’ yourself that.
The door to the house opened and Athan padded over silently on bare feet to take a seat in the chair across the patio table from me.
“What’s up, M? Why aren’t you in bed asleep?” he asked.
I drew my knees up to my chest and wrapped my arms around my legs. “Nightmares. I don’t sleep much anymore.”
“Want to talk about it?”
Raising one eyebrow, I asked him dryly, “You wanna talk about why you never sleep either?”
Athan looked down at his feet and glared.
Yeah, I didn’t think so.
We had been quiet for several minutes before Athan broke the silence, “Tell me about Livia.”
One side of my mouth tipped up into a half-smile. “Livia is the most awesome kid I’ve ever met. I hated to learn at her age but she wants to know everything about everything. She shares Dad’s a voracious appetite for books. The two of them can sit in his library and read for hours. She’s really close to Mom which was surprising since Mom hasn’t been fond of people in a long time. Mom knows all Livia’s secrets and is her number one confidant. Remember Mom’s rose garden?”
He asked dryly, “The one none of us were allowed to step foot in?”
I laughed, remembering all the times we tried to sneak in and she caught us.
“Yep. Mom lets everyone sit in the rose garden now and enjoy the flowers. She’s teaching Livia how to care for them and it appears the kid inherited Mom’s green thumb.”
Athan grunted his response. I wondered if I was making him regret his decision to leave his daughter behind.
“We celebrated her 8th birthday on August 17th, two weeks before…before Rachel and me….” My heart was shuddering.
Athan cut through my near flashback. “Hey! Focus, M. We’re talking about Livia, remember? Let the other stuff go. It can’t touch you here.”
I wish that were true.
“You said Livia just turned eight. How’s that possible? She was five when I left a year ago.”
“Well, if you’d stuck around you’d know we learned Royal Reds tinkered with their mojo a long time ago to accelerate their children’s development. Seems kids are an inconvenience to them, but heirs are necessary. Things were a little wonky at first because Livia is part Lycan and that slowed it down somehow. But after she’d turned six, it shot into high gear. Livia ages an entire year every ninety days. Rachel’s determined she won’t be cheated out of childhood so on the seventeenth of February, May, August, and November there’s a birthday dinner. At first it was a bigger thing, but people got tired of coming every three months to celebrate the same kid’s birthday.” I shrugged.
Athan was bent at the waist, forearms resting on his knees. He stared at the floor with a troubled brow. “How does Livia handle the aging? Is it hard for her?”
I sighed deeply. “A little. Her body matures fast, sometimes she has pain but Dr. Keller treats her.”
“A Vampire?” Athan spat.
“Yes, a vampire.” I held up my hands like claws and hissed to show him my imaginary fangs. “Would you rather she be in pain?”
“No,” he said contritely. “But did you have to call a vampire?”
“Yes. Get over it.” I shot back. “Livia’s manifested some Fae abilities, mostly over fire. Right now they’re minor but I expect they’ll grow stronger as she does. It’s frightening for her, I’m sure. I wish Winter were still alive to help her, to answer her questions about being Fae.”
Talking about Winter brought back the ache of her loss.
“I have a deck of cards in the house, want to play?”
I saw a glimpse of the old Athan in his eyes, the one I knew when I was a kid. We played cards until the sun came up. In the daytime, dreams don’t seem as frightening. If I woke up and the sun was shining I remembered I was safe, no longer being raped and beaten. In the dark, the demons that haunted my sleep seemed more powerful.

A Scarlet Fury is a pretty intense read. With kisses from the first installment, the story picks up and continues on the path of awesome. Dealing with the touchy subject of rape, the author did an amazing job on facing and overcoming the tragic events M faced. Now with mixed feelings of confusion and possible love, will M be able to learn to trust? I strongly suggest reading books 1 and 1.5 of this series to fully understand the whole story. Plus, you don't want to miss a thing. 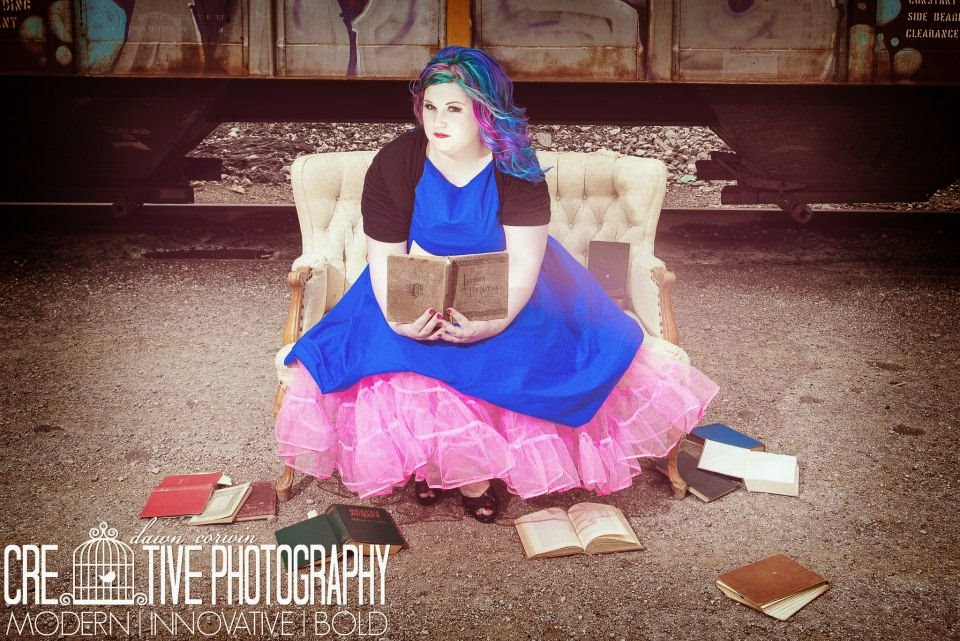 I'm a hopeless romantic and a sucker for love stories with a happy ending. I grew up in East Texas where I married my high school sweetheart. We've called Southern Illinois home for over a decade now.
The characters in my head are loud and bossy. I began writing down their stories in self-defense. A social butterfly by nature, I love to talk. When I'm not writing, I enjoys video games, not cooking, and laughing as much as possible. I'm a horror movie junkie, makeup addict, like crazy hair colors, tattoos, and glitter. At home, I'm a wife and mother of three children. I'm claimed by a pug, a boxer, and four cats bent on world domination.